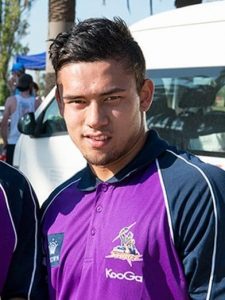 For many Australian youths, the dream of playing professional sport is one they have cherished since they took their first steps. However, something they may never have anticipated is an injury robbing them of that dream. It is a common trend in Australian sports and alarmingly, so is the mental health issues that can result from these serious injuries.

In 2016, 19 year old Andres Rossini was training with the South Sydney Rabbitohs under 20s squad. An upcoming trial match provided Rossini with the chance to prove himself to coaches and make the final squad, until disaster struck.

“I was taking a run and as I was getting tackled around the legs my ankle rolled. I heard a crack and I felt a sharp pain above my left ankle, I came off straight away,” he said.

“I couldn’t play the rest of the game and after I went for scans and the doctor told me I had syndesmosis, which is a high ankle sprain and I needed surgery.”

In order to recover from surgery, Rossini would be sidelined for six weeks. Once his coaches found out about the injury, he was cut from the training squad.

“Basically they told me that because of the injury I would be cut from the squad, which as you can imagine was shattering but I totally understand why they did it … there was no point in taking an injured player,” he said.

“After hearing this news I was devastated, I had always dreamt of playing footy and now it was over because of some freakish bad luck.

“I never heard back from Souths after that but luckily my friends and family supported me through this hard time and I had TAFE to fall back on.”

Now 21 years old, Rossini has moved on from this setback and is working full time, as well as playing in the Ron Massey Cup, the third division of Rugby league in New South Wales. However, other promising youth athletes in similar circumstances were not as fortunate as Rossini. 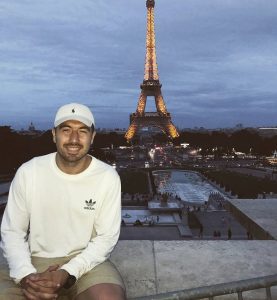 Andres Rossini (pictured above) has moved on from his injury and is focused on his life after rugby league. Photo taken by Adamo De Nigris.

In 2015, Mackay Cutters’ player Hayden Butler, 20, was preparing for a trial game against the St George-Illawara Dragons. This was his chance to impress first grade coaches, until his ambitions were halted by the same injury Rossini suffered. After hearing the news that he would require surgery, Butler took his own life.

Similarly, in 2013, promising West Tigers youth player, Mosese Fotuaika, was on the verge of breaking into the Tiger’s first grade team, until he tore his pectoral muscle during a routine gym session.

This injury can take up to nine months to recover, ruling him out for the season. The news shattered Fotuaika, who took his own life at the age of 20.

Renowned sports phycologist, Dr. Joel Curtis, has dealt with mental health cases amongst youth athletes and believes problems can stem from a variety of issues.

“Some youth athletes do feel pressure to stay injury free, the environmental factors around them have a big bearing on this. If parents or coaches are putting extra pressure on athletes to perform, then staying injury free can become a big focus,” he said.

“Very often young athletes can feel very anxious and upset if they are cut from a team, or feel as though they can’t make a team.”

Youth suicide is becoming a prominent issue in Australian sports, with five young rugby league athletes taking their own life since 2013, including Fotuaika and Butler.

However, Dr. Curtis believes this issue can be managed by youth athletes having an alternative career plan, in case they do not make professional sports.

“It is so important that young athletes have a back-up plan,” he said.

“Not having anything to fall back on can lead to depression/anxiety. It can also lead to social issues such as drugs/alcoholism/unemployment.

“Young athletes need a plan B, sport can’t be the only thing in their life.” 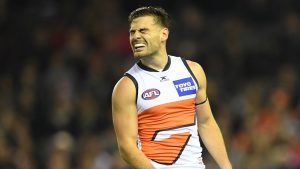 Stephen Coniglio (pictured above) has dealt with the mental demons of injury, after suffering twin ankle injuries in 2017. Photo taken by Rob Forsaith.

The first injury occurred during the last week of the 2017 pre-season and required surgery. He returned eight weeks later in round seven against St Kilda, only to repeat the same injury a week later which ruled him out for ten weeks.

“My second injury was devastating but to be honest it was easier for me (than the first). Easier for me in the fact that I knew I could come back from it, as I had done before,” he said.

“I had also done lots of psychology training to prepare me for such obstacles and I knew dwelling on it could do nothing to help me back. Knowing I was going to have surgery also helped.”

Coniglio recovered in time for the finals, and was one of Giants’ most consistent players as they made it to the preliminary final.  He acknowledges the role his club had in helping him come back from twin ankle injuries.

He said: “Giants offered me all sorts of support networks, I didn’t use counselling but reached out to players in the broader AFL community who had done the same injury.

“They (Giants) supplied me with physio all the time, our club doctor, podiatrist and also the surgeon whenever I needed to, I asked him anything.”

Unfortunately, many youth athletes aren’t afforded the same support networks. As in the case of Andres Rossini, the dream of playing professional sports also came with the reality of being cut because of an injury. However, he should consider himself lucky, as others are unable to deal with this heartbreak.

If you are thinking about suicide or experiencing a personal crisis, please contact Lifeline on 13 11 14.

by Paromita Haque Thousands of students walk through the halls of our most esteemed universities. As time goes on, they all face different paths, many with the hope of having a full-time job or running their own business. What many of them don’t know is that the potential to start those careers fits snugly in […]

Veganism is the key to become strong

The strongest animals in the world are plant-eater. Bison, Elephant, Hippopot and me!  By Nanda Lakhwani, Iain Salvador, and Claudia Chiu Stanislav, personal trainer based in Sydney’s Eastern suburbs. (Image supplied) Most mornings, Russian-born personal trainer Stanislav Veniaminov wakes up at 5:30am and heads to Bondi beach where he trains most of his clients. After […]

Members of a leading women’s street art collective talk about the significance of street art to the Sydney community and the issues that continue to stifle young talent. By Iain Salvador With a few flourishes of spray paint, an artist in nondescript blue overalls makes her mark on a black wall in a pub. Once […]