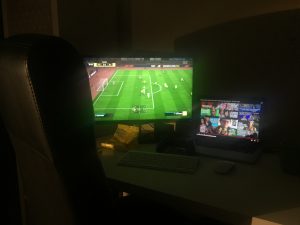 A newly identified form of addiction is gradually being recognized by the medical world.

The World Health Organisation (WHO) has included gaming addiction in their 11th International Classification of Diseases for the first time. It due for release world wide in June.

The draft currently defines gaming disorder as, “A pattern of gaming behaviour (“digital-gaming” or “video-gaming”) characterized by impaired control over gaming, increasing priority given to gaming over other activities to the extent that gaming takes precedence over other interests and daily activities, and continuation or escalation of gaming despite the occurrence of negative consequences.”

The International Classification of Diseases is an important tool used by doctors throughout the world to help them diagnose patients and by researchers to properly define and classify their studies.

The new addiction is in relation to video gaming, most commonly online multiplayer games such as World of Warcraft and League of Legends.

Tone Loke, a popular Youtuber under the name Downward Thrust, recently published a video of his fight with addiction and how he overcame it. He started a public discourse on the topic and the video currently has nearly 400,000 views.

He has detailed his tale of dropping out of University and his loss of friends and partners over his addiction to online video games.

He began playing World of Warcraft around the age of 17 which marked a steady decline in his school grades.

“I shrugged off the idea of going to college because I felt like I wouldn’t have enough time to play my warrior, I fell into a really dark place.” He said.

He was told to leave home when his addiction became too much for his mother.

He gambled at the local casino every day to make enough money to afford a hotel room and to pay his monthly World of Warcraft subscription fee.

“In the days that I lost I slept in my car in the freezing cold winter outside in the parking lot.” He said.

“I may have well just have seen more of the world through a computer screen at this point than with my own eyes.”

He recovered for a long time after waking up in his car one day, freezing and deciding enough was enough. He began dating again and almost completing a university degree before he relapsed when he was shown the game League of Legends.

“It was the World of Warcraft situation all over again.”

He eventually graduated and began working before his addiction became too much.

“The cravings were eating at me inside like some unquenchable demon.”

He quit his job after a long talk with his boss about where he was at and focused on trying to get better.

He began trying to cut down his video game time by an hour a day, keeping his computer locked away until he had finished his daily jobs.

Gradually he got better through hard work and the desire to be healthy again.

“I am no longer addicted to video games, but there is still one unanswered question that I can’t seem to get out of my head, what would life be like without this video game addiction that I went through?”

Clinics have started appearing throughout the world to combat this issue so people like Tone don’t have to do it alone.

In Sydney addiction clinics such as The Cabin and individual psychologists such as UNSW’s own Dr. Luke Vu are tailoring their practices and research into gaming addiction.

Dr. Vu believes that as with most addictive activities and substances, “there is nothing inherently wrong about gaming as an activity (online or offline). However, excessive gaming that interferes with your life can become a problem.”

Though addiction may not be as serious as it is made out to be in mainstream media some psychiatrists and psychologists believe.

Dr Elias Aboujaoude, Stanford psychiatrist and the author of Virtually You: The Dangerous Powers of the e-Personality is one of these psychiatrists. 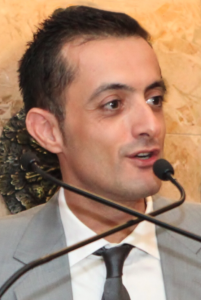 Dr Aboujaoude warns of the symptoms of gaming addiction.

“As clinicians we ask about effects on overall functioning, including at school, in the office, or in personal relationships. When the preoccupation with gaming or the sheer amount of time spent doing it starts meaningfully impacting those sphere, you have a red flag and a potential problem.”

“The issue is real, but exclusively focusing on it may take attention away from other psychologically problematic things going on online in each and everyone of us, whether we have a technology-related          Dr Aboujaoude. Photo Courtesy of www.eliasaboujaoude.com

addiction or not.” He said.

“My fear is that we may be treating this topic too seriously. My fear is that by fixating on it too much, the rest of us who don’t have a gaming addiction may end up feeling deceptively immune to the transformative effects of Internet-related technologies on our psyches.”

He is far more concerned with what he defines as ones e-personality, showing there are far more problems related to our dependence on the internet rather than just addiction.

“I used the term e-personality to refer to certain personality traits that come out almost automatically online, including narcissism, grandiosity, anger, and inattentiveness. Together, they constitute a parallel personality of sorts. The difficulty is that we spend so much time “being” that person that those traits become incorporated in our offline psychology, turning us and society at large into the people we are online.”

He shows that there is damage to be had even if one doesn’t see themselves as an addict. There is always risk involved.

The internet has brought forth many new issues and these are sensitive topics. Addiction as well as other unhealthy behaviors are serious problems that we need to discuss as a society.

If you or anyone you know displays symptoms of gaming addiction seek help from your local doctor.

Dr Aboujaoude can be reached for further questions at www.eliasaboujaoude.com.

Driverless Cars – for the Better or the Worse?

David Meets Goliath: the Blurring of Intellectual Property Within the Fashion World

As ‘fast fashion’ takes a stronghold as one of the world’s most profitable industries, creativity has subsequently diluted and this has left independent designers feeling that they have been unjustly treated. It has been dubbed the ‘Zara Effect’: retail giants exercising an intense hyper-acceleration of the design process which sees looks emulated from the catwalk […]