By Lana Ryu and Angela Chui 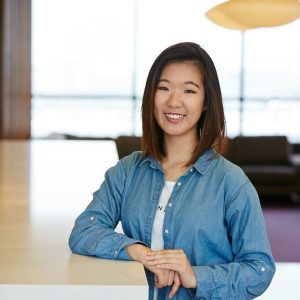 Wu’s company aims to help young students connect with companies and businesses for intense internship courses running for 3 weeks. These training programs were personally created by Lily and her co-founder to include the most meaning and useful skills and experiences, which increases the possibility for employment. Over the last 4 years the company has expanded to conduct 20 different programs in Southeast-Asia, the US, UK and Asia.

Wu doesn’t lose any sleep as she continues to juggle her university studies and heading her company. Having come up with the idea after her own personal experience with an unsuccessful internship she realised that the solution lied in starting her own business to tackle and avoid the practices that made her quit her internship abruptly. Furthermore, she created this business to create a future for herself where her skills could not be automated in a progressively technological society. Her training courses have been designed to compact months of training into an intense 3 weeks, whereby applicants create real-world portfolios and solutions to the problems that the hosting companies give. These companies have included Spotify, Uber, and Dropbox creating an invaluable insight into business institutions for students.

Starting up a company from the ground up, Lily is grateful to those who were there with her from when her company was nothing but a vision. Her young friends would run errands for her, create brochures, fly overseas, all out of their own pockets. Finding her soulmate business partner Jamie, was one of her business’ greatest successes, as the company would not be in the same place it is today without the partnership of the two.

Heading an international company isn’t everyone’s pick of an extracurricular activity nor is it an easy endeavour. Lily, as human as any other, has felt the strains of balancing her work and studies and has had to extend her 3 year degrees to 6 years, sometimes going a year with only having time to complete one subject. Having spent 6 years at university, it’s surprising to hear from the business-orientated entrepreneur that she does not consider university as important. She says “I have different priorities and university definitely isn’t one of them. I told my parents I’ve dropped out of uni and they still think I’m dropped out of uni.” The only reason why this young entrepreneur student is actually getting a degree is to earn a working visa to locations such as the U.S and Singapore. Her work has been noticed by the university however, being awarded the UNSW Entrepreneur of the Year 2017, an unexpected surprise for Lily where she almost didn’t attend the ceremony.

$10 000 is worth around an average Australian’s one and a half month salary. Being awarded this under the AMP Tomorrow Maker Initiative, it was surprising to hear Wu say that this money didn’t achieve much for the company. With the company flying the executives of companies for the training courses, the grant was quickly used up. Nevertheless, she remains grateful for the grant and what it symbolised in the achievements of her company.

Lily does not see herself as an overachiever despite her business, being a published author at the age of 13, and having held her own art exhibition at the Chatswood Concourse Art Space, being quad lingual and having been a guest lecturer at Sydney’s top two universities whilst still a student. Discussing her average high school life, she said that she was “never an overachiever”. Instead, she labels her success in her own terms. “My own definition of success is doing the things that I find valuable and worth my time… Because you don’t want to look back and feel like you’ve regretted any of the decisions you’ve made,” she states.

Growing up in an artistic and creative family, she contributes her business and world views towards the gratitude she feels in being able to see the creative side of the world. She is grateful towards her parents whom inspired her to be see the creative views which has imprinted on her business tactics. Despite her reportedly low school performance, she says that her parents did not doubt her, and rather focused on her being able to keep in touch with her artistry. In touch with the fine arts at an early age, she was a published Scholastic author at the age of 13. Her children’s book was distributed in leading Australian retailers such as Borders and Dymocks. The book was granted such a success that it was used by the Chinese government as an education stimulus to teach English to Chinese students. 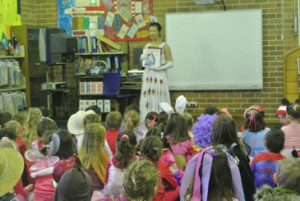 Lily at a primary school book reading of her own book

Many university students struggle to bring themselves to attend lectures. But it’s a different story when you’re the lecturer. Lily blurs the lines in this equation having served as a guest lecturer whilst still a student. She has shared her experiences and advice with other students and colleagues whom hope to follow in her footsteps. “It’s good to share what I’ve learned so far. Its not about earning a billion dollars. Some of them rethought the way they would start a business. Even some of the barriers to start a business, they really rethought that,” she says in reflection of her lectures and her students.

‘Where do you see yourself in 10 years time?’ It’s a common question asked to business leaders. We asked Lily the same question, expecting an entire scaffold embroiled with details of month-to-month career plans. However, she simply hit back at us with a “I don’t have a ten year plan”. Chasing her own unpredictable future in her artistic self after being tired of creating stressful plans, she has decided to “go with the flow” and says she simply “really doesn’t have a plan”. 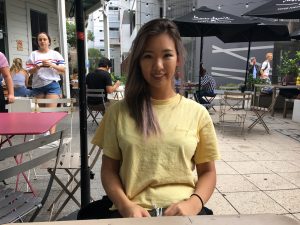 As the world of social media continues to develop and more teens turn to such communicative platforms for entertainment purposes, more and more incidents of cyber-bullying surface. Thus begins the problem-solving debates. Is the simple banning of social media devices in schools enough, or should more intricate strategies be put in place to tackle the […]

‘Mumble rap’: The word on the streets of hip-hop

by Sameera Pillai and Alex Molchanoff By taking on the ‘skip-hop’ culture of Aussie rap, Lanstan went viral, now he talks to us about his inspiration and merging music styles in the digital age. ‘Holden Commie got it locked down’, ‘Call up my boy he’s a tradie’ and ‘Going on a Maccas run’ are some […]