Australian apartment developers are beginning to feel the pressure as banks have limited their lending, and the Government have been questioned on their capability of providing the necessary utilities for the rise in apartments.

Australia’s four major banks: CBA, NAB, ANZ and Westpac, have declared that they are restricting their lending, due to new capital requirements. This is problematic to developers as these restrictions could affect many project settlements that are in the process of moving forward.

Reporter Matthew Cranston for The Australian Financial Review stated that “over 10 finance negotiations between CBA and apartment developers have fallen over at very late stages in the process because CBA has changed its lending terms and required a higher level of loan coverage.”

This has now placed many apartment developers in a position of loss and restructure within their business.

Theresa Dodaro, director of CITIGLOBAL Investments, a property management and development company has stated that, “Developers are struggling to commit to plans due to lack of financial support from their banks and therefore are having to pull out of major deals.”

Developers are being informed that the required percentage of pre-sold apartments have increased to 100 per cent, in comparison to the previous rate, which stood at 80 per cent. Banks have also altered the policies in regards to Loan-to-value ratios. Previously, banks lent around 80% of the development costs, but this has now decreased by 5%. Due to the banks new policies investment developers that are near completion on their apartments, are losing their financed partnerships with major lenders.

“Banks are becoming more stringent with their criteria for lending, hence making it very difficult to entertain property deals, unless capital backing is available,” stated Theresa.

This situation places developers in difficult financial positions, particularly to those who do not fit the banks’ new lending criteria.

“Small to mid-tier developers are finding it more difficult to secure sites, unlike in previous years where they were confident that the banking institution would back them. However, if a developer has capital backing behind them, more advantageous opportunities now become available to them.” Dodaro stated.

Developers are struggling with all tiers of the development, as major banks have limited their new lending structure and the state and local government councils have stricken their flexibility with developer requests.

Over the past 25 years, there has been a 78% increase in apartment living in Australia, according to the 2016 Census of population and housing. 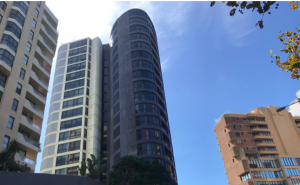 Developers, builders and architects are beginning the pressure due to timeliness, as there is a need for plans to be approved at a faster rate, not leaving an adequate amount of time to propose enhanced ideas for the planning stages.

Brian Reid, Chief Executive Officer of Raine and Horne stated, “the cost of actually getting that infrastructure approved is taking longer… More so because of the bureaucracy that you need to deal with.”

The pressures that confine developers have focused on the timeliness of the matter, and what can be approved and finished at a reasonable time to meet the necessary requirements. 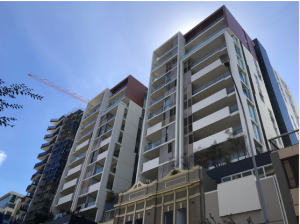 Despite the reduced time period developers have to complete the required project, Mr Reid believes that, “just because something is going up quickly and it is done in a different fabric, doesn’t mean that it is an inferior product.”

“There seems to be a lot more people that are taking interest in developments that’s in their immediate communities,” Reid stated.

The opinion that is created through local communities ultimately puts a strain on the short term infrastructures, thus creating problems for the state government, local government, and property developers.

However, this demand for apartments has been supported by the Government due to the economic benefits that the Government encounters through such an excessive demand.

If a suburb has a high density of apartments it increases the tax rates, council rates and so forth. Therefore, the government has had an increase in cash flow for consolidated revenue. But is the Government prepared for this demand?

As discussed with Mr Reid, he has acknowledged that, “the revenue is really built around the tax’s…the local government is concerned about the ongoing rates, so…they are very keen to support those types of developments. So whether it is being on a federal, state or local government area there are obviously benefits to try and utilise the developments.” 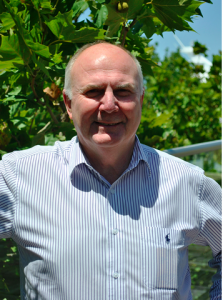 He states that the government needs to take measures into, “putting more trains on the same lines…or mak[ing] sure bus services and facilities are already there.”

The discussion of land capacity becomes relevant within NSW. Mr Reid questioned the Government’s capabilities of continuously being able to provide all the necessary needs for the extensive demand of the apartments: “Do they have the necessary land bank to increase the capacities for the schools [and] hospitals, [the vital necessities] that people are going to demand in those areas.”

The real question that many are wondering is that if Australia is going to be able to keep up with the demands of apartment living?

“…It is going to be very difficult for state governments to maintain that level of supply [of apartments], even though they are doing their best over the short period of time…to try and speed up that process…But we are finding that those processes…are still taking longer to get [approved].” concluded Mr Brien.

It is clear that challenging times are ahead for apartment developers.

This article was sub-edited by CHRISSY CHON.

There is no excerpt because this is a protected post.

The Activist Trend: should we leave it to the professionals?

Activism is all the rage and social consciousness is the requisite.  In an age that values online activism, indifference is practically fashion suicide. From politically-motivated Instagram snaps and TED Talks, to working with NGOs and visiting refugee camps, online blogger culture has tapped into activism, eager to promote positive change. Fuelled by technology that keeps us […]