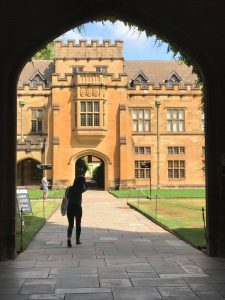 Jessie Liu, a Chinese International student, is walking on campus to her next economics class. As she stops to check where her class is, she suddenly feels a gush of water being poured onto her head. Surprised, she searches around to see where it came from but her heart sinks as she hears an empty plastic bottle being dropped onto the floor, followed by someone running away.

“I feel really bad, and you feel really angry as well. You don’t get why you’re treated like that,” says Liu, who came to study in Australia early last year. “Before you come (to Australia), you’re hoping that you’re going to be treated well and you’re going to get a good experience out of it. But that impacts on your experience overall. You feel discriminated against by others.”

Many international students reply that they felt discriminated against within classroom environment, particularly when given group tasks or assignments, “When forming group works for presentation, it’s really obvious that the white people, they tend to form groups with other people. Even if you’re sitting right next to them, they’re just go to other places and leave you out just by yourself,” says Liu.

“During the lecture, everyone set up a group to have a competition. And one group of Indian people, they made their name as ching-chong,” says Mi.

The term “ching-chong” is a pejorative phrase which is used to mock the Chinese language.

Since the middle of last year, Chinese International students have been the target of racial discrimination in schools and universities. Incidents such as racist flyers towards Chinese students were found at Melbourne universities, the offensive message of ‘Kill Chinese’ with the Nazi symbol written on Sydney University campus and physical assault of a Chinese student at bus stop in Canberra.

In December, the Chinese embassy issued a safety warning to Chinese students in Australia as well as students in China who are planning to study in Australia, urging them, “to keep alert of possible danger and call the police and embassy if such incidents occur.” 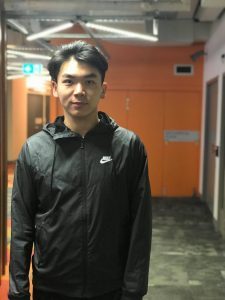 Many students express concern about their safety studying in Australia, as Yifan Huo from the University of Technology Sydney responds to the warning, “I didn’t really feel safe, I don’t know whether other people are crazy or not, whether they’ll do the same thing to me. I don’t know why, all the Chinese students are just studying here, they didn’t do anything, why they treat us like this. What reasons caused them to do this kind of things?”

Julie Zhu, the president of ACYA of UNSW comments that the warning, “brought a bit of fear to their (Chinese students) safety and they were really taken it back about how unwelcomed they were. These are one of the things that creates a barrier that divides Australian students and Chinese students and isolates them as a group of their own.”

Owen Stockwell*, a domestic student of the University of Sydney, agrees that there is a discriminatory attitude towards International students.

“I think we’ve got quite a lot of negative opinions on International students, especially when given a group tasks and whenever we randomly get an international student, we essentially label them as ‘dead weight’ or they’re going to drag us down,” says Zhu.

Nancy Chen, the president of ACYA of the University of Technology in Sydney explains, “it comes from lack of communications, actually. Not understanding them and not talking to them. Also, like seeing what it is what they don’t understand.”

Due to the confidentiality of University of New South Wales’ racial discrimination complaints handling process, they were not able to provide any response nor comment on how the university is going to address these issues. However, they emphasised, “that any complaints of racial discrimination could amount to a breach of the Student Code and potentially lead to disciplinary action by the Director, UNSW Conduct and Integrity”.

The University of New South Wales, as part of their 2025 strategy, recently revisited and re-established their “Equity, Diversity and Inclusion Policy,” which emphasises on “removing barriers to participation and progression in employment and education so that all staff and students have the opportunity to full participate in University life.” The university aims to achieve this by implementing various programs, including Student Equity program that is designed to “deliver a systematic approach to the recruitment and support of students of high potential that recognize their diverse backgrounds”

Liu says that she wouldn’t file a complaint to the university, even if she were able to identify the person who poured water on her head that day, “I think it’s a pretty complicated process, so I won’t do it. I don’t know if it’s worth it, worth the time or effort. I don’t even think they’re going to do much to improve it.”

*names have been changed

China issues public safety warning to its citizens in Australia

New treatment for hoarding to take a consumer driven approach

Saskia Mabin Psychologists in Sydney are developing new ways to treat hoarding disorder based on a unique, consumer-driven approach. After a 3-year pilot program, senior clinical psychologist and coordinator of Nepean Anxiety Disorders clinic, Denise Milicevic, has set out to create stronger and more well rounded treatment for hoarding disorder. “With lots of these programs […]

Graffiti. An Act of Vandalism or Artistic Form of Expression? How Street Art is Improving Sydney’s Culture. Graffiti has always been a dominant part of suburban culture in Sydney, receiving both positive and negative attitudes from the community who are concerned over the type of culture it perpetuates within the area. The Sydney Suburb […]