With an ever-growing support for diverse characters within films, the film industry is given the opportunity to explore stories of people of colour.

“Opportunities in Australia were so scarce, it was almost like I was starving. But after being sent to America, it was like somebody had sent me to a buffet.”

Actress Charmaine Bingwa reveals the truth for many young and upcoming Australian actors and actresses.

The 2016 Census revealed that nearly half of the population were  either been born overseas, or had one or both parents that were both overseas. Despite our multiculturalism, many young Australian actors and actresses of colour have experienced difficulty breaking into the industry.

Charmaine Bingwa, an Australian born Zimbabwean actress, like many other actors, has also experienced hardships due to her race.

“[There is] a lack of inclusion… You know, there are roles I could easily play, but all they’re thinking about is a white person,” She says.

Lisa Annese, CEO of the Diversity Council of Australia comments on the lack of diversity in Australian TV.

“I think that it’s the same reason that we see a lack of diversity in any representation of Australia,” She says. “It’s the people who are designing the system, they’re designing it in their image. I think it really needs to start with the design… executives and producers need to recognise and reflect more on the community within their projects.”

This seems to be the case for twenty-one-year-old Candice Lee, a Chinese student currently studying acting at the University of New South Wales.

“When I go out for auditions, it’s quite limited… most auditions call for and want Caucasian looks,” She says.

Annese states the discriminatory struggles that many Australian actors of colour face, due to not  being a part of ‘mainstream culture’.

“[Actors experience discrimination] for the same reason we don’t see people representing different racial ethnic groups in other forms of Australian life in any significant level,” Annese states. “People have either conscious or unconscious biases…If you’re not part of mainstream culture, you’re seen as part of the ‘fringe’. It’s something that needs to be challenged.”

However, in spite of the path to diversity being off to a rocky start, many directors and producers seem to be aware of the support of people of colour in lead roles and have been casting more actors of colour.

“I don’t think that it’s a big surprise to a lot of people that all of a sudden, you start creating films centred around [people of colour] or women, and oh, shock horror, people actually want to see it, because there are people from those communities,” Annese says.

This certainly seemed to be the case for films such as Black Panther, raking in $1.2 billion USD. The portrayal of the first ever Black superhero in mainstream American comics seems to be acting as a beacon of hope for many Australian actors and actresses of colour, Bingwa included. 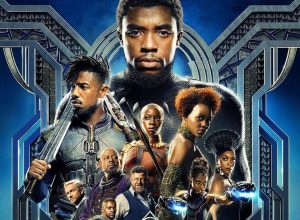 “I was blown away… seeing my people on screen like that, I was so proud and encouraged,” She says. “[Black Panther is] sending a message to the future generation about what is possible… I feel like the growth of community and the growth of our voices [lead] us to feel more engaged [with the movie], and celebrate it…I feel like, movies prior to that you’d have [actors of colour] playing a supporting role, and now you have an entire cast in a film—that’s so powerful.”

Many, including Annese, believes that the root of the problem stems from the lack of roles for actors of colour. Australian producers, directors and the public have created a stereotypical perspective that has limited such opportunity.

“[Roles] play on a stereotype. People need to consciously move away from stereotypes to reflect the true reality of Australia. It’s lazy, I think, to rely on stereotypes,” She says.

Annese believes there is necessary cause for change. “I think consumers need to make choices that support diversity. I think people need to walk away from television shows that are lazy or make no effort and rely only on stereotypes. I think the industry itself has to call itself out and people who have power in that industry have to behave in that way.”

Many, including Bingwa, began to feel hopeful from films such as Black Panther acting as an opening and opportunity for actors of colour.

Films such as Black Panther began to act as a catalyst of hope for many actors of colour, including Bingwa. Black Panther become a film of encouragement for breaking through stereotypes that have been instilled within the industry for years. 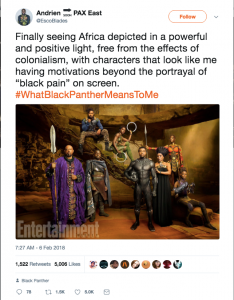 “I think [films] perpetuate stereotypes,” Bingwa says. “There needs to be a pathway or appetite for people who aren’t the majrity telling stories. When people are able to tell those stories, I think it’s important that people listen to those stories… It’s always going to be a bit of a [challenge]. It’s hard, if it’s just one film here and one film there.”

However, the film industry does seem to be more aware of the need for diversity, and with more and more people of colour in lead positions, many, including Lee, are hopeful that this is a gateway for a new era of films.

“I personally feel that this is a golden age for film and TV… you can definitely see the success.”

“It’s not a racial superiority fight, it’s just sending a message that there’s space for all of us. It’s inclusion…It’s been a long, hard struggle, but you give your culture a reason to celebrate and it’s a powerful, powerful thing.”

This article was sub-edited by Laura Rando.

Cindy Yu Abuse remains a common occurrence for international students in Sydney-based universities, some fearing for their safety and wellbeing. Jessie Liu, a Chinese International student, is walking on campus to her next economics class. As she stops to check where her class is, she suddenly feels a gush of water being poured onto her […]

Chinese University Students’ Struggle with Racial Discrimination By Cindy Yu   Jessie Liu, a Chinese International student, is walking on campus to her next economics class. As she stops to check where her class is, she suddenly feels a gush of water being poured onto her head. Surprised, she searches around to see where it […]