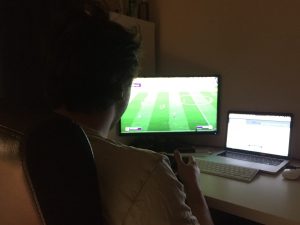 Drunk, freezing and sleeping in the back of a car without a cent to his name, just a $4000 computer system. This was a turning point for Tone Loke, who lost everything through gaming addiction.

The World Health Organisation (WHO) has included gaming addiction in their 11th International Classification of Diseases for the first time. It is due for release world wide in June.

“A pattern of gaming behaviour (“digital-gaming” or “video-gaming”) characterised by impaired control over gaming, increasing priority given to gaming over other activities to the extent that gaming takes precedence over other interests and daily activities, and continuation or escalation of gaming despite the occurrence of negative consequences.”

This is in reference to video gaming, most commonly online multiplayer games such as World of Warcraft and League of Legends. 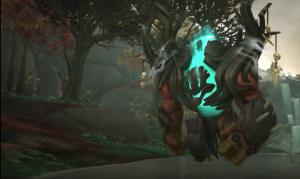 Tone Loke dropped out of university, lost friends and family over his video game addiction.

The YouTuber who goes by the name of Downward Thrust, has released an account of his addiction, which has reached nearly 400,000 views on YouTube.

At age 17 he became addicted to World of Warcraft, which ruined his grades and his future.

He said: “I shrugged of the idea of going to college because I felt like I wouldn’t have enough time to play my warrior, I fell into a really dark place.”

His addiction became to much for his mother so she asked him to leave.

He gambled at the local casino every day to make enough money to afford a hotel room and to pay his monthly World of Warcraft subscription fee.

“In the days that I lost I slept in my car in the freezing cold winter outside in the parking lot,” he said.

“I may have well just have seen more of the world through a computer screen at this point than with my own eyes.”

To help people like Tone Luke, clinics are appearing all over the world.

In Sydney, addiction clinics such as The Cabin and individual psychologists such as UNSW’s Dr Luke Vu are tailoring their practices and research into gaming addiction.

Dr Vu believes that as with most addictive activities and substances, “there is nothing inherently wrong about gaming as an activity (online or offline). However, excessive gaming that interferes with your life can become a problem.”

Though other psychiatrists believe addiction is not as serious as it is made out to be in mainstream media. 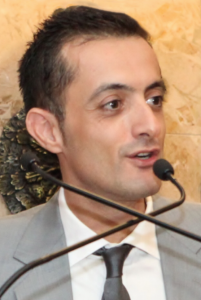 Dr Elias Aboujaoude, Stanford psychiatrist and the author of Virtually You: The Dangerous Powers of the e-Personality is one of these psychiatrists.

“My fear is that we may be treating this topic too seriously. My fear is that by fixating on it too much, the rest of us who don’t have a gaming addiction may end up feeling deceptively immune to the transformative effects of Internet-related technologies on our psyches,” he said.

“The issue is real, but exclusively focusing on it may take attention away from other psychologically problematic things going on online in each and everyone of us, whether we have a technology-related addiction or not.”

He is far more concerned with what he defines as ones e-personality, showing there are far more problems related to our dependence on the internet rather than just addiction.

“I used the term e-personality to refer to certain personality traits that come out almost automatically online, including narcissism, grandiosity, anger, and inattentiveness. Together, they constitute a parallel personality of sorts. The difficulty is that we spend so much time “being” that person that those traits become incorporated in our offline psychology, turning us and society at large into the people we are online.”

Justin Hendriks is a psychologist who works with Dr Vu and agrees that we should worry about technology but believes that the e-personality and addiction are not separate issues.

He worries that the constant checking of phones and escape through the internet is having a negative effect on our health.

“We should care that we are treating micro distresses with micro distractions. It’s impacting our ability to process emotions.” He said.

He thinks that the negatives of online personas stem from internet addiction. Dr Vu agrees with him saying, “They share a lot of common traits. You have to be spending a lot of time online in order to develop an online personality.

“One of the criteria for internet addiction is preoccupation with online activities over more meaningful life activities.”

They are helping people from all over Sydney understand and recover from internet and gaming addictions.

Tone fought back and overcame his addiction, going on to graduate university with a masters and starting a successful YouTube channel. Despite being on the other side of the issue he regrets how much of his life was lost to video games.

“I am no longer addicted to video games, but there is still one unanswered question that I can’t seem to get out of my head, what would life be like without this video game addiction that I went through?”

If you or anyone you know displays the symptoms of internet or gaming gaming addiction you should contact your nearest GP.

Two Sides Of The Same Coin

From politically-motivated Instagram snaps and TED Talks to working with NGOs and visiting refugee camps, online blogger culture has tapped into activism. A week after walking the red carpet with Cate Blanchett at the Dubai Film Festival, Lebanese-Australian model, Jessica Kahawaty, was sweating in Cox’s Bazar, Bangladesh. On an official UNHCR emergency mission visiting some […]

Cake and Medication: Self-care is more than just spending money on yourself

By Helena Ladomatos Glance at the Instagram feed of My Little Panda Kitchen and it looks like any other aesthetically pleasing cake feed.  But take a closer look and you’ll find a transparent and inclusive discussion about mental health and how to manage it. Three years ago, Annabelle McMillan was going through a depressive episode.  […]

By Cindy Yu “I went from having a really good year in 2014, started to make a small kind of gain to winning awards and initiatives, which then exposed me to what can only be described as online harassment within a 48-hour period of winning that award.” Sarah Connor, an Australian hip hop artist, was […]