When it comes to women having their novels edited, published and then circulated in the market, it is often thought that they receive the raw end of the deal. But is this all changing in the “age of feminism”? 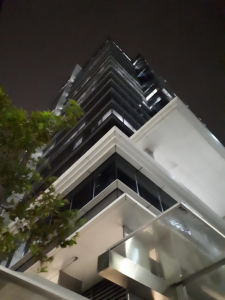 “For me personally, I wanna have a character that’s likeable cause I’m gonna have to spend 20 hours with them. So why would I hang out with someone that’s an asshole?”

Benython Oldfield, Director and Agent at Zeitgeist Media Group, is describing the type of male and female characters he looks for when choosing and editing a novel.

Past experiences by female authors, such as Catherine Nichols, have indicated that females in general struggle to obtain publishing contracts. And this is often made easier if they work under a male pseudonym.

At the 2015 Melbourne Writers Festival, authors Danielle Binks, Sally Rippin and Myke Bartlett agreed that it was still the problem that boys wanted to read about boys and publishers were hesitant to publish novels about “strong” female characters.

“I will say that it’s very hard for a man to write a female character now. Because the world’s shifted and it seems ingenuous for a male to be writing a female character. In fact, I have a really interesting book recently we couldn’t get published that was about a woman who has this immense physical strength and she’d go out on the streets and fight like a vigilante who tried to kill blokes who were acting badly and had bad attitudes. But, because that book was written by a man, the publishers just went, “No, we can’t do it”. If that book was written by a woman, I think it would have had a lot of people interested.” 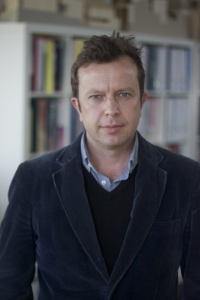 Benython has been in the industry for ten years, and attributes this shift to the fact that majority of fiction readers are women.

He says, “I would say the percentage of books that are bought in Australia would be 20% men and 80% women. I mean if you think about it you don’t really hear about male book clubs or that kind of thing.”

When choosing novels, he looks for characters that are not only “likeable” but also “mentally strong.”

What a publisher deems “likeable” or a “good” representation of lead female characters can be a double-edged sword.

For Stephanie Bishop, author of The Other Side of the World, it meant rejection of her novel multiple times.

“So, I did find people would turn it down on the basis of her being a cold, unlikeable character and one of the publishers told me that they would reconsider, quote on quote, if I “warmed her up a bit”,” she says.

“Often there will be a kind of demand for female characters to behave in a certain way, unless that publisher is kind of open to the kind of controversy that that might incite, which my publisher was…they took it on and said, “because so many people are going to hate this character.”” 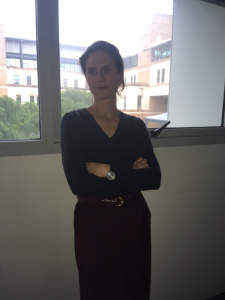 On the other hand, Mette Jakobson, author of The Vanishing Act, encountered no problems or criticisms of her female lead character.

She admits that she’s been “very lucky” with her publishing company because they’ve been quite “progressive.”

“I’ve just had such a smooth ride, I’ve got no war scars,” she says.

But female authors don’t just face problems in the industry. It is when their works are critiqued and nominated for awards that these, what Stephanie calls, “unconscious biases”, arise again.

She felt this when a “very strange” review of her book and two other female authors came out and it interpreted their novels based on their gender. That is, the critic made comments about one author’s appearance and surmised that they would only have a female readership because their books had female leads with females on the book covers. 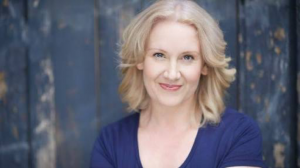 Generally, men’s works are reviewed more than those by women. The Stella count aims to raise awareness about this in Australia. It collects the number of reviews written across different publications and if they were written by a male or female. The count is an initiative of the Stella Prize, and is run by a team of women.

The 2016 count found that, in seven of the twelve publications surveyed, coverage of books by male authors tended to be favoured. However, they did find that across all publications, 52% of book reviews were written by women.

Meanwhile the 2016 Vida count, which measures gender parity and reviews across America, found that 11 of 23 publications surveyed had the same amount or more of female and male writers of reviews. However, this was a 10% decrease from 58% in 2015 across all publications.

Benython recalls some of Zeitgeist Media Group’s writers getting “absolutely hammered by The Sydney Morning Herald”, but admits that, “research shows…men are reviewed more, but it’s sort of a social thing because if you look at the top 10, at the people who are making the money, the 10 bestsellers in Australia, it’s not Peter Carey, Richard Flanagan and those guys. It’s Liane Moriarty, Jane Harper’s the Dry...The men are getting exposed, but they’re not actually getting the sales.”

And it appears they’re not getting the awards either. Mette, who was a judge at the Premier’s Literary Awards last year, revealed that at least half the novels nominated were by female authors. 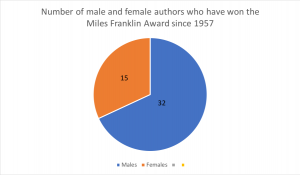 Benython, Stephanie and Mette are all in agreement that it was beneficial to getting more female authors recognised and their works acknowledged.

However, Stephanie admits that, “there is a part of me that wishes it wasn’t necessary to have those kinds of initiatives because there was recognition that was equal.”

She believes that the way forward is by changing the mindset of male readers by encouraging them to read more works by women.

She says that if we only promote males to read about male protagonists, “then that’s all they’ll think they’re capable of and it’s infuriating because women are expected to read everything and engage with everything.”

“It’s the men that have the problem with reading women’s work. It’s not that women have a problem with writing it, it’s that they can’t get a publisher… So, I do think that actually it needs to be some large-scale project of re-educating the male readers from a very young age.”

CONFRONTING VISIONS 1196 words   According to Andres Serrano the depiction of the world is meant to be an uncomfortable sacrament, just don’t call this artist provocateur a photographer, reports STEPHEN HILL     Having depicted everything from morgue bodies, the Klu Klux Klan to a crucifix in urine, veteran visual artist Andre Serrano has […]

By Brooke Burns Sydney’s troubled music scene was dealt a hard hit when another iconic venue, The Basement, announced it would be closing its curtains one final time after losing its battle against the lockout laws. Since the enforcement of the 2014 lockout laws, Sydney’s live music culture has been met with a series of […]