From listening to Mozart in the womb to producing little polyglots – these Hong Kong parents will go to any length to mould the perfect prince or princess. 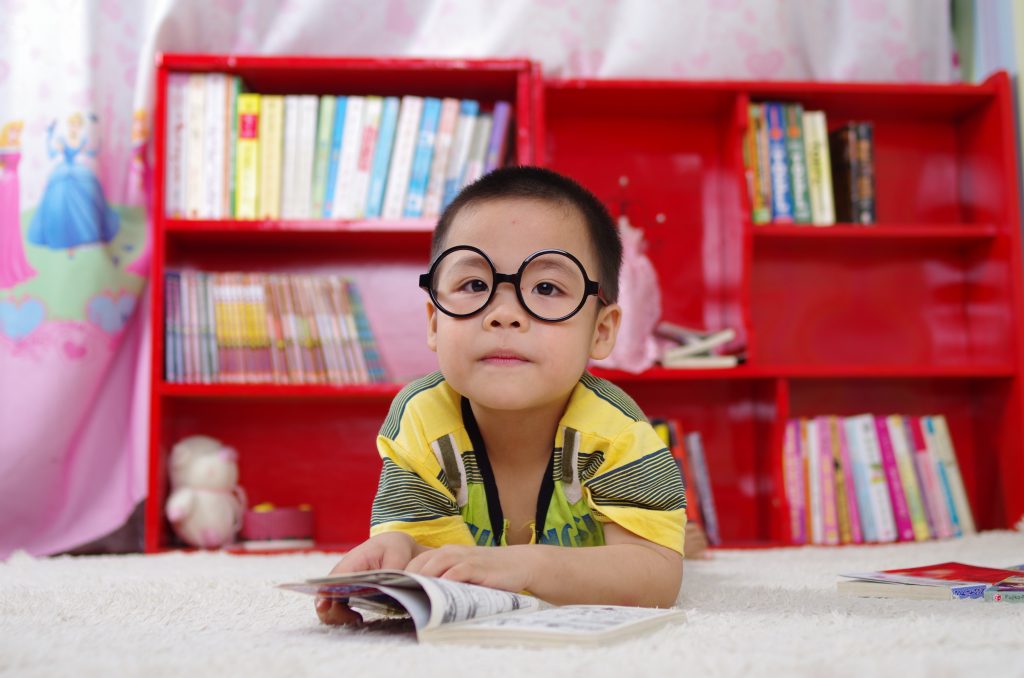 Overbearing parents controlling their “prince” and “princess” behaviour in the city seems to be stamped in Hong Kong’s DNA. Tiger parents have adopted the phrase, “win at the starting line” as a guiding principle to make their children excel, and this has become more prevalent in Hong Kong.

In the 1950’s, a constant stream of impoverished refugees from mainland China escaped to Hong Kong. The older generation at that time were struggling to survive, and later became self-reliant and persevered. They wanted their children to live in a perfect environment; therefore, the self-made man worked harder in order to achieve their dreams.

After experiencing a series of hardships, they now could afford to protect their “prince” and “princess.” They wanted their children to be brilliant, training them as winners who would be able to tackle difficulties in their homework. These were the so-called monster parents; tiger mothers and helicopter parents.

The term “tiger mother” was coined by Amy Chua, in her polarising 2011 bestseller,  Battle Hymn of the Tiger Mother. Chua describes a tiger mom as a hovering parent who pushes her children to excel from the starting line.

Karen Ho, one of the well-educated “princesses” who studied overseas in UNSW, said that her perfectionist parents put great emphasis on her when she was a teenager. Her mother took an hour to pack up her school bag, lace up her shoes, and even brush her hair in a tightly fastened bun each morning.

“This caused my mother to develop a habit of ransacking my room, including my rubbish bin, to find out something she could about me.”

“My mother is so concerned about my hairdo for each school morning. She ran to get four hair ties on one wrist, a conditioning mousse, and brush to fix my tiny little hair exactly in place, and it takes me nearly one hour to get ready for school,” said Karen.

“I’m so annoyed with a mad rush, and I hate causing a lot of unpleasant arguments with her each morning, but an interesting thing that my mum always does for me is to shave my legs and cut my nails for me each week.”

Karen confesses that her mother paid great attention to her outward appearance Unable to openly talk to anyone about her feelings, Karen kept everything in a diary.

“This caused my mother to develop a habit of ransacking my room, including my rubbish bin, to find out something she could about me. I tried my best to keep my diary safe, but she could find out and read it although my diary is designed with a combination lock,” said Karen.

“I kept everything deep in my heart to prevent someone from invading my privacy. When I was young, I was eager to have freedom, a choice to make my own decisions, and a chance to speak out.”

In a rare moment of push-back, Karen defied her mother’s attempts to enrol her in a ballet class. Instead, she chose to pour her passions into the sport of rugby.

“My mum enrolled me in a ballet course when I was 6. I definitely did not want to show my face on stage. I told my mum what I felt, and she seemed to understand that controlling me would not work.”

Yet, Karen doesn’t grumble about her perfectionist parents planning everything for her. On the contrary, she is so proud of them; they love her so much and treat her the best they can because they spend so much money on her private tutoring.

“I was under intense pressure from school. I had a substantial amount of assignments at night and during weekends. After a long school day, we still have a private tutorial class from another student centre. Everything gets worse when I have little time with my mum and dad.”

“88% of parents in Hong Kong are currently paying for private tuition. My mum thinks that the tutors are important because they are the people who guide me in gaining exam skills.”

Most parents in Hong Kong are going to extraordinary lengths to make their children more competitive and talented.

“If my son cannot get into a good kindergarten, he will not be able to enter an elite primary school. I planned everything for my son when I was pregnant.”

Another bank officer, Chan Nga Wai, says that she forces her four-year-old son to attend a language school in the city. The school teaches him how to speak and understand three languages: Mandarin, English, and Korean. She also pays an English tutor by the hour to teach her child some grammar. Chan Nga Wai believes that her son will be able to absorb this.

“I started looking for some potential playgroups for my child. If my son cannot get into a good kindergarten, he will not be able to enter an elite primary school. I planned everything for my son when I was pregnant.”

“I have another son, who is six years old. Last month, he told me that he wanted to hang out with a little girl. I was shocked. I spent all my time with him after work so that he could spend his time learning violin rather than entertain himself.”

Some parents believe that exposing their fetuses to classical music like Mozart might raise their future intelligence because it has a desirable effect. Mozart might not make babies more clever, but it does increase their brain activity.

People then begin to assign their children to play different instruments and let them experience new things in the world. “I love music, and I started listening music when I was a baby. The piano is one of my favourite instruments that I have played so far all through my childhood,” said Karen.

“I always said no to my mum the first time I played, until one day, I picked up a lovely song. I started to practice it more and more until I got the song right, and this was the first time I got interested in music.”

However, the challenge for each parent is to assist their children in finding something they are interested in and give them an opportunity to pursue their hope and dreams.

From diagnosis to development and treatment, new technology is making waves in understanding autism With the increasing prevalence of autism across the globe, technological devices like Virtual Reality and tablets are playing an incredibly important role in the diagnosis and development of kids with autism. Adam Guastella, from the Brain and Mind Centre in Sydney, […]

How a Sydney community school is reviving a language that is being shunned in its own motherland, and in the homes of the students themselves.     By: Mansib Ahmad Sub-edited by: Serah Lee Can a language really be preserved by learning it for just three hours a week? You may say “yes, of course […]