Autism is an increasingly prevalent mental condition that is characterised by deficits in social interaction, forming relationships with other people and using language and abstract concepts.

It is traditionally diagnosed in early childhood as that is the time that symptoms start to appear.

The condition is also on the rise in Australia.

With such high statistics, improving support for autistic people is becoming more important for teachers, researchers and psychologists alike.

Sophia Endersbee, a psychologist and primary school teacher who specialises in working with special needs children, says that technology has drastically helped improve educational outcomes in her classrooms.

“It’s engaging, interactive… it is the most motivating reward for kids…” she said.

According to Endersbee, technology is particularly useful for autistic kids who are non-verbal and struggle to communicate.

“They can use these apps to construct sentences… it can get quite specific as well.

“Technology helps… with fine motor skills… just allowing kids to type on a computer rather than write means that their motor skills aren’t holding back their literacy development.”

Endersbee also said that technology also helps motivate kids on the spectrum to concentrate on their work, which is one of their biggest challenges in early development.

Likewise, Professor Adam Guastella, principal research fellow at Sydney University’s Brain and Mind Centre and advisor for the ABC’s ‘Employable Me’ program, agrees that technology is the future of treating autism.

“Technology doesn’t create smart science, but it creates an easier science… the way we collect data…

“In young children, we’re doing a lot of behaviour therapies and we’re looking at how the brain changes in response to those therapies,” he said.

The way in which Guastella and his research team use technology as an aid in their clinical trials is through data collection and the identification of certain behaviours.

“We’re very much interested in Bio Markers, in things that can track changes… something that we think identifies the circuit that treats that behaviour.

“The idea is with the observation and recording platforms is that once we identify something really important in the lab, we can develop it to be something used on a phone,” he revealed.

Technology, however, isn’t just useful within clinical labs and in the hands of research teams.

“I think that it’s helped tremendously… I think it’s showed that people on the spectrum… have amazing talents and abilities that can be helpful to the community,” Bruck admitted.

“Today, technology is used in all classrooms – from the whiteboards to the iPads, augmentative and alternative communication devices for children who are non-verbal.”

One touching moment that Bruck has witnessed from using of technology for non-verbal autistic children, is when she heard a child tell his mother that he loved her for the very first time.

“This child turned around to his mother and wrote ‘I love you Mummy’ (on his device) and this was just an amazing moment for this parent from a non-communicative child,” she revealed.

An important feature of advancing technology for people on the spectrum, according to Bruck, is that it does not discriminate.

“The beautiful thing about the iPad is that everybody uses them… so if a child or adult is using an iPad… they don’t look like they’re using a special device.

“You can take your iPad out and you can use it to communicate, or as a visual diary.”

Working in research, Bruck says that there is evidence that technology has helped learning outcomes for kids on the spectrum, as well as brighten their futures.

“Technology is important because students respond incredibly well and there’s a lot of research to actually show that students respond really well to technology; they get engaged with it and want to work with it.

“Because (kids) often take to it with such ease and such interest, it often gives a lot of our student’s employment after school…

“There are a lot of companies who are interested in employing people on the spectrum because of their technology skills and their focus,” Bruck said.

According to Bruck, technology also provides a safe and non-judgemental area to learn about social interaction, through the use of Virtual Reality.

Molly, a computer-generated interviewee designed to have professional conversations with autistic people, is just one of them.

“Molly is responsive… if you speak to Molly in a polite way she’ll be lovely to you; if you speak to her in an inappropriate manner… then she’ll come back to you in quite a brusque way.

“You can trial lots of scenarios… if Molly asks you a question, you can answer her in different ways each time and find out how she responds.

“With a computer… you can practice as many times as you like, you can do it 30 or 40 times and she’ll always be there… She’s not going to get bored,” Bruck admitted.

Other technologies used in Autism Australia’s classrooms to facilitate learning for people on the spectrum include interactive whiteboards.

“That’s an interactive whiteboard… it’s like a computer screen and children can engage on the whiteboard directly through the computer,” she said.

The whiteboard is implemented in specific classrooms limited to just six children and a specialist teacher. They are particularly useful because it helps children feel engaged and excited to learn.

Bruck admitted that she did not like to use the term “treatment” for autistic people, as it implies that there is something wrong with them. Instead, the future for helping people on the spectrum is all about providing support.

“We need to start very early on, and our research shows that there’s so much bullying happening in the classrooms and in schools…

“People find it in the workplace, people find it anywhere… If you are slightly different in any way… people can be incredibly nasty and ostracising.

“What we need to do is we need to make the community aware is that what they’re doing is ostracising people and be more inclusive.”

Bruck revealed that Autism Australia has been awarded $30 million from the Australian government to continue their research and support for people with autism. 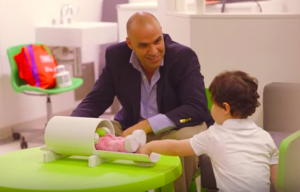 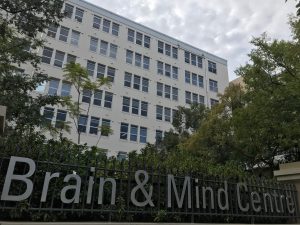 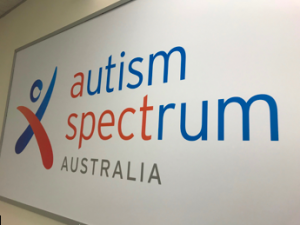