In 2007 it was recorded that vicarious trauma and mental health issues amongst criminal lawyers was two times higher than those working in other professions.

Assistance programs have since then demanded for action in law firms and the general workplace to reduce early signs of mental health related issues including, vicarious trauma.

“Legal Aid made available a psychologist who people can book in to see on a regular basis,” Said Legal Aid lawyer Steven Doumit.

“That psychologist takes a room in the city once a month and you just book in to see her.” 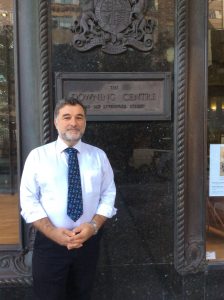 Doumit addressed the very first case in which this occurred.

“There was a matter, a quantum number of years ago, an accused person murdered his family and that was quite a long time,” he recalled.

“One of the teams for one of the accused was given a task to challenge the admissibility of a number of videos and the videos involved executions and beheadings. The three people in that team representing that particular accused once had seen all of that material and had run all their arguments past us, we sent them off to psychologists to debrief and make sure that they were still healthy and weren’t having nightmares and that was sort of the first formal case I became aware of where we did that in 2007, 2008 or 2009,” said Doumit.

Assistance however was not always available.

20 years ago, Atousa Khadem, former Legal Aid solicitor, worked in an environment different to the one currently present.

“At the Legal Aid you’re expected to just deal with these situations every day,” she said.

“No one really offered any counselling and things like that or clinical supervision. I don’t know if that’s still the case or not I haven’t worked there for a long time.”

Khadem during her time was assigned to participate in a case involving an Aboriginal family whose son was lynched by police forces.

“They had unbelievable trauma so really there’s nothing any system can do to kind of help you with that,” She said.

The Employee Assistant Program (EAP) is currently one of the more significant programs at Legal Aid and other workforces.

Senior investigator and clinical psychologist, Shirley Till said, “a lot of companies have employee assistance programs which is a mental well being program which provides counselling as well as workshops and training for their employees.”

“So in terms of law firms whose employees are more exposed, maybe they can think about their EAP programs and how they can structure it to support their lawyers a little bit more,” she said. 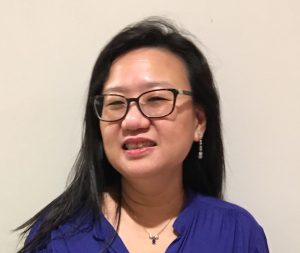 Doumit believes more can be offered to help lawyers through their management teams.

“If the manager asks you on a regular basis “are you okay?”  Or in the middle of a trial, “are you travelling okay” or you know asks while you’re preparing or when you, after you go have a conference with a really difficult and violent client – are you travelling okay? And so maybe our management could be more proactive that way.”

“It depends on the culture and the chambers where the barrister works. Unlike law firms, if you like doing dependant small businesses, in a joining room so it’s up to the management, the board of directors or chambers to set the tone and in terms of debriefing or in general, a supportive workplace.” 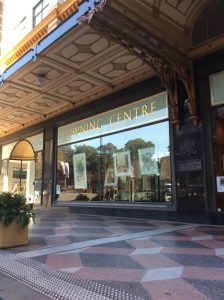 The implementation of new strategies within legal systems has however been particularly slow and resistant to change.

Solicitor David Heilpern said, “I think that there’s slowly an awakening for treatment. I do think the legal system has a long way to go but I think it’s getting there.”

“20 years ago judges and magistrates weren’t considered to need any education, ongoing education and in some jurisdictions they still don’t. Your honour or your worship, it’s as if though we’re not really people. We’re something else. You know in the high court they wear wigs and gowns to disguise themselves as a person. And to all look the same. It’s probably exaggerating it to say that it is a pathway to god directly,” said the judicial officer.

Heilpern believes that change lies within the fixed systems of proceedings and the historic attitudes towards mental health.

He says, “there’s all this ritual and dehumanises the process and we’re not actually meant to be human beings with thoughts and feelings. There’s probably people on the bench who’ve been victims of domestic violence, who’ve been victims of car rage or had mental breakdowns in their own house but of course no one talks about those things because we’re meant to be above it all. So I think there is a whole lot of historic, traditional reasons why we’re not meant to be seen as humans at all let alone humans with thoughts and feelings and emotions.”

Senior solicitor, Peter Skidmore has on instances debriefed with colleagues although he has other thoughts on implementing strategies.

“I know that the right answer is probably yes, that there should be hot and cold running counsellors,” he said.

“But no I don’t think so, I think that some jobs are just tough, and no matter what supports you put in place, they’re always going to be tough.” 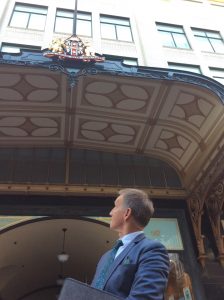 Khadem also said, “That’s just part of the deal now you got to have that grip to be a lawyer, you’ve got to be able to deal with that type of work, otherwise you can’t.”

The ‘bravado’ attitude has now been deeply integrated into the culture of legal systems.

“Just toughen up, man up, cope with it deal with it,” said Heilpern.

“There’s been two magistrates who’ve killed themselves in the past 12 months and you wonder how much that has to do with vicarious trauma. I mean I don’t know. One was a father of two and the other a mother of four. So it’s absolutely tragic. There’s also a lot of criminal lawyers who kill themselves and there needs to be some proactive things happening not just availability in help but actually mental health check-ins on a regular basis.”

With the United States of America slowly but surely legalising both the medical and recreational use of Marijuana it is questionably only a matter of time before Australia follows suit. I go into the streets of Sydney to find out what our public thinks Australia should do regarding the legalisation of ‘weed’. ‘I remember growing […]

Fake It ‘Till You Make It: The Consumer Paradox within the Booming Replica Luxury Marketplace

It accounts for $450 billion AUD global industry, yet the freedom for budget-conscious millennials to score the latest designer ‘it’ piece does not evoke thoughts of an insidious market underbelly; one deeply embroiled in organized crime, money laundering and the exploitation of human rights. Welcome to the underworld of replica luxury products, where the demand […]