While media coverage on Islamophobia has been extensive, this hasn’t always meant equality for all. The one-sided coverage represents Muslim women: the hijab, the burqa and the niqab. For many Muslim men, their outwardly visible faith and common backlash often go unnoticed, leaving half a religion left behind in the debate. 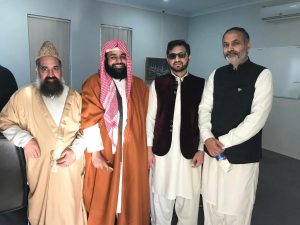 The one-sided narrative of Islamophobia has left many Muslim men searching for a voice to tell their stories of discrimination and hopes for a more accepting future. However, based on the lack of coverage many aren’t even aware these stories exist.

This is a truth known all too well by Western Sydney teenager, Umair Rana. He was the victim of Islamophobia on one of the most  joyous days of the year for any Muslim: the yearly celebration of Eid after a month of fasting for Ramadan.

“I was in the city for Eid, just walking and one of these guys comes up to me, he starts talking to me and he says ‘where are you from?’ and I say ‘I’m from Pakistan’ and he says ‘Oh, so you must be a terrorist, because you wear these sorts of clothes and you’re from the area and so on,’” he said.

“I mean what am I supposed to reply to that, when someone tells you you’re a terrorist randomly?” 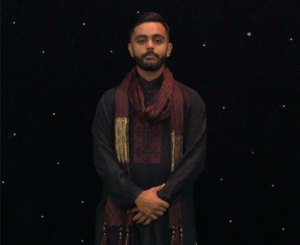 “If it’s an important day in our religion just I want to wear it for religious purposes, but here [Australia] it’s different. When I’m in Pakistan I can wear it whenever I want, wherever I want.

The issue of Islamophobia is one that has been reported widely in recent years, but for people like Umair who take pride in Islamic wear and hope for a fully accepting Australia, the challenge is far from over.

“I think there’s still a long way to go. It would be perfect if I walk in to wherever I want to and I don’t get judged or looked at by different people. They accept me, as they would accept me wearing a pant and a shirt,” he said. 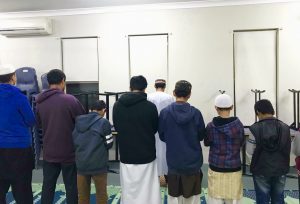 Facing similar problems is Jameel Ahmed, a young man from Western Sydney. Battling between the pride in his identity and the insecurity he feels as a young Muslim in today’s social climate, he speaks out about a free Australia.

“Australia is a land of migrants and a very rich one in that. We have more in common coming from diverse cultural and religious backgrounds. It is a proud multicultural mix of people and this is the key to its success stories,” he said.

It is this belief that Jameel carries with him in his everyday life of wearing his faith outwardly.

“[The ability to] wear religious clothing is the bedrock of our identity as people of faith. Generations of Elders and predecessors have worn them with modesty, comfort and prayer requirement as the main reasons.

“With time, I have become immune to the looks and the stares,” he said.

Jameel believes that in addition to the lack of support from society for Muslim men facing discrimination, false media reports are further increasing the separation between faith and acceptance.

“I at large feel it is the underlying fear and misinformation that is creating this superficial aura of mistrust and misinterpretation.

“A very large portion of the blame lies on the doorsteps of biased coverage. Many viewers do not have the time to reflect and question what they have just seen,” he said.

UNSW Social Sciences professor Maree Higgins addressed the one-sided coverage, commenting on traditional constructions of women in the media and the way forward for a more diverse narrative.

“[There is a] focus on women for a variety of reasons, construction of women as victims and as potentially more vulnerable than men. Men are seen stronger or more able so there is that cultural construction to fit in and perhaps that strength of males in Islamic communities.

“I think discrimination and fear ties into archetypal constructs around perceived differences of where we want our world to go.

“I would really love to see improved analysis and positive storytelling of the Muslim community and men, and I do think there is potential for change as people from diverse backgrounds start to take representative roles in government,” she said.

In some cases, the effects of male targeted Islamophobia go beyond the victim themselves, staying with family members for years.

This was the case for University of Technology Sydney student Ruqayyah Sarwar as she recalls a time when she witnessed her dad being verbally abused on their way to a nightly prayer during Ramadan, the holiest month for Muslims.

“A couple of years back. My dad and I were on our way to the mosque during Ramadan for a nightly prayer and it came out of nowhere. He was stopped by two males and verbally assaulted right in front of me. It was one of the scariest moments of my life.

“They yelled things like ‘you’re not welcome here’…it’s still pretty vivid in my mind. I didn’t understand for a long time and I remember always wondering why him.”

“I was a lot younger so I kind of just stood there, stuck. It was heart breaking to watch,” she said. 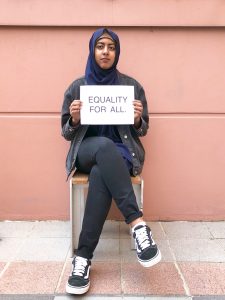 Ruqayyah believes the way forward is everyone taking time to educate themselves about religion and gaining respect for values.

“If people would take the tiniest bit of time to educate themselves, they’d see why these people dress they do, and see why they value modesty.

“If Australia was truly a place of acceptance, I shouldn’t have to witness what I did when I was younger. I hope I never have to again.

“The coverage has mainly been on the hijab and Muslim women. It’s time to look at Muslim men as well. They wear their faith outwardly too and need to be accepted as well,” she said.

People with disabilities, particularly cognitive or psychosocial disability, represent 18% of Australia’s overall population but account for half of the total prison population. Inside prison, this group are at serious risk of abuse. Supporting diversion of people with disability away from the criminal justice system and into community support will break the cycle, researchers say. […]

IS BUYING COFFEE A WASTE OF MONEY?

BY CLARE M Buying coffee is a daily tradition for a lot of people, but rising living costs are leading many to question whether it’s money well spent. Some are saving by making their own at home, while others think the caffeine hit is worth every cent they pay. Evan Williams, a 19-year old retail […]