I think racism is everywhere and I have one of those goals in my life where I want to live where they haven’t seen people like me. So that’s one of the goals for my life and I’m sure when they see someone like me there will be some sort of rejection and that’s what I want to see how they reject and what problems they have in their life. – Gagan Singh

With the ten-year anniversary of the infamous Indian student attacks upon us, the question which is to be raised is, are Australians still racist? Or have we grown in our multicultural ways which sees acceptance of people who are different to the perceived ‘norm’, like Indian student at the University of New South Wales Gagan Singh. 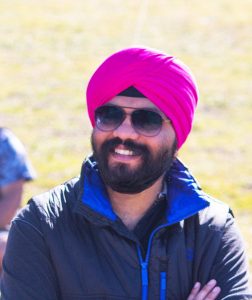 In the period between 2007 to 2010 several attacks on Indian university students occurred in Melbourne, the backlash from it saw marches for the safety of Indian students, and an outcry of support labelling Australian’s are racist both from media in Australia and back in India. Quotes from Indian students at the time show the fear that these attacks had brought them, Baljinder Singh who was stabbed in a mugging attack in 2009 told the Sydney Morning Herald,

“My advice to every Indian student now who wants to come to Australia is, ‘Please don’t come’.”

Dr Yadu Singh, President of the Federation of Indian Associations of NSW, states that a systematic campaign against Australia and underlying political motives played a part in the negative image Indian media were giving Australia,

“There was a political game plan. The whole reason for that was, and this is the one we discussed here with the media in Australia, with ABC and others informally and behind the scenes. What happened was, this campaign calling Australia racist was actually indirectly encouraged by the government of that time. And the reason for that was, Australia had refused to supply Uranium to India, and India was very angry with Australia at that time” 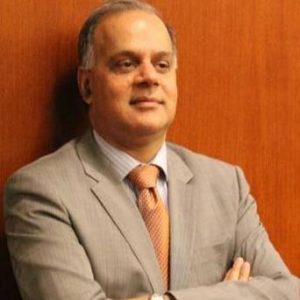 The aftermath of these campaigns against Australia as a safe destination for international India students to come and study saw the levels of Indian students just in Victoria drop from 65,000 in 2008-2009, to 7,300 in 2011-2012 according to the President of the Federation of Indian Associations in Victoria Mr Srinivasan.

When asked about the attacks, Pushpendra Kharbanda an undergraduate student at the University of New South Wales who came to study from India said that,

“The day when I was leaving India to come to Australia, was when my mum read an article on racial attacks on Indians in a newspaper. And then she was really scared about it and when I was in year 9 or year 7 maybe, that was around 2007/2008, there were too many of the attacks, that’s very true. I always did have this feeling of Australians being very racist when I when I didn’t come to Australia. But, then, once I came here, I believe it’s a total different image.”

Today it is believed that levels of Indian students coming to study in Australia has risen back up to the pre-2007 levels, with Indian students in the country stating their love for it and the acceptance which they have received living here.

Dr Singh said that a combined effort was made to show that the events of 2007 to 2010 was an irregularity rather than the norm, helping lead the growth of Indian students to study in Australia again,
“The government of Australia, the education industry, so many ministers went to India and even Indian community members in Australia all worked very actively to create a situation, to create an impression, that’s actually speaking this country’s a safe country. What happened in 2007-10 was an aberration, there was many factors which were responsible for those attacks”.

Whilst Indians living in Australia and Indian students particularly studying here don’t believe for the most part that Australia is racist the view of racism flowing through the country still seems to be portrayed back in India.

When asked about whether his parents still view Australia as a racist country, even after he’s been studying here Pushpendra stated,

“Yes, yeah, very much. I mean, so I went to India this summer, Australian summer, and what I told them about Australia was very different to what they always thought about it because I told them it’s a beautiful place, everyone’s so nice and you know, you see people wishing you ‘good day’ every time you see – I mean, there are strangers saying that to you, so, what can be better than that?”

“I’m really happy being here and I do look for the future in Sydney, maybe somewhere in Australia. I’d love to be in this country for…as long as possible… India do have an image of Australia being really racist and many of them are actually terrified to, you know, even think of coming to Australia.” 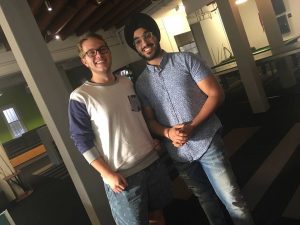 Figure 3: Pushpendra Kharbanda – “We’ve got everything the same”

Being roughly ten years down the track from the hotspot of racism against Indian students in Australia, both the students and the community they’re apart of believe, not that there is no racism in Australia, but that those occurrences are perpetrated by minority individuals, which isn’t reflective of the nation as a whole.

Gagan Singh, supports this saying that the one occurrence he has experienced which could be called racism, he believes was “just a couple of kids, being idiots”. Furthermore, bringing up the concept of ‘casual racism’ Gagan believes that rather than it being viewed in a negative light, he sees it as a tool to build bridges between cultures,

“Casual racism is fine by me I think casual racism only opens up cultures. Casual racism not actual racism, calling your friend from the culture they come from I think that’s cool, I know people might be offended by that I’m not… I guess everyone is if they’re saying there not casual racist they’re lying.”

Racism is the belief that one’s own race is superior to another’s therefore leading to prejudice and discrimination, to completely eradicate racism, both in Australia and globally, Pushpendra believes the need to remove identities used to separate ourselves from other people.

“I don’t think colour or beliefs should ever make a difference itself. I don’t know, I mean, to be honest I don’t believe there should have been countries, there shouldn’t have been regions, nothing. I think everyone’s equal to me and I don’t see there’s nothing different. I mean, we’ve got the same body, the same face, we’ve got everything the same. There’s no difference between us…  if you’ve got a different identity, people treat you differently. And, I mean, that’s very true and I’m actually very against having an identity. I don’t want an identity but then it’s probably not in my hands and then I don’t think I can do anything about it at the moment.”

Street Art in Sydney: Why should we care?

You’ve seen it on your commute to work or to university, hustling out of Redfern Station or walking down King Street.  No matter who you are, street art demands to be noticed.  But why should you care about it? Lotte Alexis Smith, Iresh Stella and Merindah Funnell are deep in the Sydney street art scene. […]

Women reclaim their bodies, 150 metres at a time

The importance of freedom of speech has been a key message of anti-abortion campaigners, however, Camperdown lawyer Kirsty Gan notes it’s important to consider the differences in Australia’s laws compared to America.   “I think it’s important to recall that Australia doesn’t have a US-style positive right to say whatever you like. Rather, the constitutional […]

Who actually thinks about think tanks?

Word Cloud of Australian Think Tanks     Australia’s political systems are constantly changing and growing in the new media age with many people providing their own opinions online. So, are think tanks still important in Australian policy making and political thinking?   Think tanks are private institutions that build a bridge between academic thinking […]