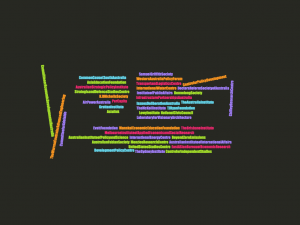 Australia’s political systems are constantly changing and growing in the new media age with many people providing their own opinions online. So, are think tanks still important in Australian policy making and political thinking?

Think tanks are private institutions that build a bridge between academic thinking and policy making. These centres provide expert advice, ideas and research on matters of politics and economic. It is estimated that there are approximately 45 think tanks within Australia catering to a variety of topics, from culture to military to Australian politics. They have provided polls and research on numerous current debates such as immigration policies, the controversy on Australia Day date changes and the recent Turnbull Government’s budget release.

However recent discussion has called for the validity of think tanks – how relevant are they? Commentators argue that whilst think tanks were prominent in previous years they are slowly becoming redundant. Public voices are growing on the online space and many people can voice their own opinions and research on these bases. Hence, critics are indicating that think tanks are sliding under the public radar and reduced public relevance. One critic described think tanks as “self-appointed know-it-alls without a mandate” at the Global Think Tank Summit. 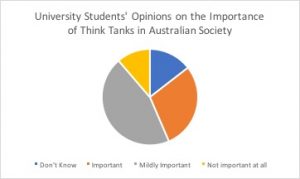 Despite this Executive Director of Per Capita, Emma Dawson, says that think tanks are still as important as they were years ago. “We are seeing a more active engagement in policy thinking on the progressive side of politics,” Dawson says.

Dawson says that think tanks are needed due to Australia’s freer and more open discussions on political matters, “We have an opposition at the moment that is willing to put policies out to the electorate before the election… that’s something that we haven’t seen in Australia for around 20 years and I’m quite heartened by it,” Dawson says on the changing nature of politics. “We are interested in big ideas and long term thinking.” The institution argues that the growing instability in federal politics is precisely the reason why that think tanks are still needed – an independent body must provide research and policy advice to adjust this.

Think tanks face the difficulty in that they are often unable to measure the successes of their work. Despite them providing critical feedback of federal politics, matters of military, and public policy, their work is often forgotten because there is no exact measurable evidence of their work. Instead they rely on their independence for credibility and the public’s opinion on how they impacted policy. 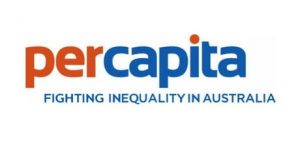 Source From Google: Per Capita Logo

Per Capita is a centre-left think tank advocating for ‘fighting inequality in Australia’. Their recent research criticises the Turnbull Government budget where the institute revealed it will increase inequality in Australia. They found the new budget would make “someone earning just $45000 a year will pay the same marginal tax rate as someone earning four times as much.”

Think tanks serve as independent institutions and require donations from the public which is one of the biggest issues that they face. Most of these institutions refuse any government funding to stay independent and impartial in their research. Critics argue that the lack of resources for think tanks makes it difficult for them to stay relevant and provide the necessary research on policies. The Financial Review recently wrote that ‘Australia’s think tanks lack resources to effectively support middle power diplomacy in a geopolitical climate that is unprecedented in terms of its speed and scale.’

“The one single point that I would make is that there are think tanks on the far political right that are funded by large corporations. Those on the political left, like the Evett Foundation, typically run on a shoestring, on a lull of a greasy rag and a bit of goodwill from the membership.. It’s a tough situation,” says Frank Stilwell vice president for the Centre of Independent Studies, a think tank based in Randwick supporting ideals of labour movement. The institution is independent however says at times they wish they were a bit more ‘dependent’ to fund more resources and research. The Evett Foundation does not pay any researchers in an aim to stay independent. 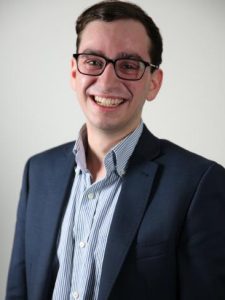 Matthew Lesh, a research fellow at the Institute of Public Affairs a think tank based in Melbourne, even calls out the Australian public on not donating to think tanks.

“We don’t have much of a culture of philanthropy and giving that can then support think tanks,” says Lesh. The centre is known for their advocacy on free market policies.

Funding for think tanks bring issues from both sides. On one hand, it is obvious to see that think tanks do not receive enough funding to do the work that they advocate for. Their lack of resources make it difficult for them to research matters of policy to the extent that they desire. This calls for criticism from the public as they deem think tanks unworthy if they cannot provide this research. However, on the other hand, receiving grants from think tanks disgraces their independence which calls for even more backlash. So it seems that think tanks are finding it difficult to find a middle that satisfies the public eye.

Australian politics has been developing which has called for instability from opposing parties. In the nature of unstable politics the role of think tanks has come into question. Whilst most argue they are underfunded and at times irrelevant, they have given independent insights into important policies and political thinking. It is time to not just blatantly disregard think tanks, but to help them think outside the tank.

The Monstera: Creating Monsters in the Houseplant Industry

By Abbey Farlow (z5075317) Word Count: 1074 Made famous by French artist Henri Matisse in the 70’s, the Monstera Deliciosa remains one of the most revered and desired houseplants of the modern era. In contemporary society, the aesthetic appeal of its lush foliage has caught the eye of interior designers and plant lovers alike, resulting […]