As the level of STIs in young Australians continues to rise, it raises many questions as to whether students are being taught enough about sexual health in school.

Young Australians are not given enough sexual health education in high school as numbers of STIs in adolescents continue to rise throughout the country.

“We have an over-crowded curriculum, so we tick the box that we’ve taught, but have we explored it at the level that I think we should have? Probably not,” says Jason Munday, a PDHPE teacher at Concord High school in Sydney.

Recent research in the 2016 UNSW Kirby Institute Annual Surveillance Report found 258, 139 new cases of chlamydia infections and 23, 887 cases of gonorrhoea in Australians between the ages of 15-29 years old.

As part of the NSW Board of Studies PDHPE Curriculum, sex education is taught to students in year eight and barrier methods are taught in year nine and 10.

Having been a PDHPE teacher for 22 years, Munday says that the rise of STIs in young Australians comes from the way sexual health education is taught in high schools.

“In terms of hooking up, I do think that schools need to have more of a discussion about how and when that can happen, and I’m not making any judgment on one-night stands, but that’s not something that schools talk about,” Munday says.

Students are not given enough information in high school about different ways that an STI can be contracted.

“They tend to talk about committed relationships, safe environments, planned events, but that’s not the reality of the world we live,” Munday says.

“But trying to teach that in a curriculum with parents that are obviously very nervous about those conversations are very challenging.”

Head of the Sexual Health Program at the Kirby Institute, Professor Donovan’s says that STIs in young people are still on the rise. 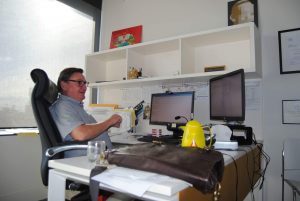 As a registered Sexual Health and Public Health Physician, his research looks at levels of sexually transmitted infections in young people and his research has found that gonorrhoea rates have increased by 63% in the past five years and are most common with young heterosexual people in major cities.

“I think a big factor is people are losing their fear of aids, I think that’s true globally,” Professor Donovan says.

Munday says that students are not taught enough about sexual health in high schools.

“Depending on any class that you take, whenever we are teaching chlamydia, if there are 25 kids in the class, 5 of them have heard of it, 20 of them are not so sure,’ Munday says.

“I think it’s a topic that, as teachers, instead of focusing on one subject in what we call an “isolated manner,” we try to thread it into other subjects so it’s more real.

“I think there is still a lot of misunderstanding,” he says.

Stacey Wood (name changed for privacy reasons), 21, who tested positive for chlamydia in 2017, says that she was not taught enough about STIs in high school.

Stacey Wood, a University student opening up about what it’s like to live with an STI. Photo Credit: Claire Keenan

“We covered them very briefly, like what an STI is and you kind of had this understanding of it but I wasn’t sexually active at the time and it was very brief,” says Wood, who has since been treated for the infection.

“All of the knowledge that I’d gotten was from high-school sex ed, but that was from year nine.

“I actually do find that STIs are quite common in our age group, but until I got one I didn’t think that at all,” she says.

Munday says that the use of technology is also changing how young people interact.

“I don’t think young people are any more promiscuous, but I do think that…particularly as we are using technology, I think the potential to hook up with someone is easier now than it used to be,” Munday says.

“I’m not certain people are having more sex but when they choose to have it, I would say it’s a little bit easier than it was in previous generations.”

However, Professor Donovan says that the improvements in technology can also help inform people about issues with STIs.

“Kids now are getting ever more knowledgeable, certainly compared to even 20 years ago…we wonder if it’s just the internet, it’s so easy to access information now,” he says.

In recent years, new forms of testing and collecting statistics for STI’s have been made available to the public and more cases of STIs are being recorded.

“When we started collecting proper statistics, we were probably at a record low level of STIs probably the lowest Australia has ever seen,” Professor Donovan says.

“Chlamydia tests and gonorrhoea tests are now a single combined test, so a lot of the increase has been, what we call a testing artefact, meaning that the more you test, the more you find.

”So, as soon as we set up a surveillance system, things were bound to go up, just because we started at such a low level, I doubt we’ll ever go down that low again unless we come up with a vaccine,” he says.

A recent online survey by media students at UNSW found that 88.6% of people were not talked to about STIs in year 11 and 12. 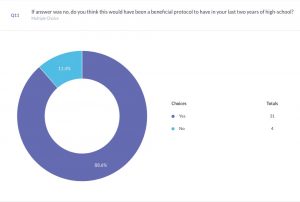 “In Year 11 and 12 were you talked to about STIs and provided with clinic information about where to seek help if needed?” Survey results. Photo Credit: Claire Keenan

“I barely remember the sex ed I had which is not good enough,” Wood says.

“It needs to be reinforced in the later years.” 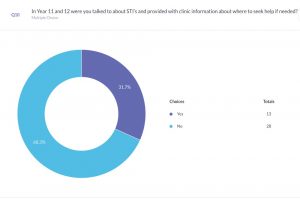 “If the answer was no, do you think this would have been a beneficial protocol to have in your last two years of high-school” Survey Results. Photo Credit: Claire Keenan

“The doctors are helpful but it’s not the same as knowing more beforehand,” she says.

Headspace is an Australian youth organisation that talks to young people about mental health and other issues on sexual health. 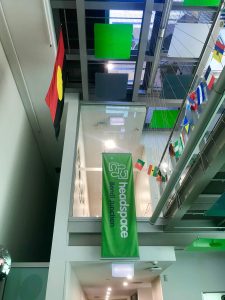 “We find higher rates amongst kids in country town than we do with kids in the city,” Professor Donovan says.

“If you live in the city, it’s so much easier to find a sexual health clinic or another GP that one of your friends will recommend to you.

“It’s not the behaviour that’s the risk, it’s the fact that the health services don’t work for them,’ Professor Donovan says.

”Having experienced one (an STI), it’s like oh my gosh I wish everyone knew what I knew about it and what it’s like to actually get one because it’s really awful and I would totally have used a condom every single time,” Wood says.

Who actually thinks about think tanks?

Word Cloud of Australian Think Tanks     Australia’s political systems are constantly changing and growing in the new media age with many people providing their own opinions online. So, are think tanks still important in Australian policy making and political thinking?   Think tanks are private institutions that build a bridge between academic thinking […]