The recent wave of criticism aimed at education boards around the world is hitting home, with

uniform policies coming under fire for being strict and obsolete. 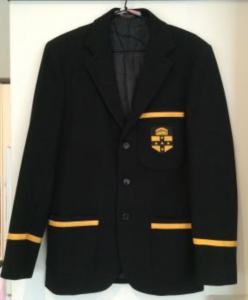 In a world where individualism is increasingly endorsed, the restrictive choice of uniforms in primary and secondary schooling is seen as draconian and obsolete. With the entire educational complex under fire for using outdated teaching and testing methods – dating back to the industrial revolution – there is an intensifying pressure for schools to adapt and provide their students with more freedom of choice.

“I don’t know that uniforms necessarily promote better learning, but I do think that if there’s an expectation of a uniform, then the  attitude towards that expectation can be connected to an attitude to learning, therefore someone who meets those expectations of uniform would expect to meet the expectations of learning,” says Melissa Carr, a teacher at Champagnat Catholic College Pagewood, an all boys secondary school.

A widely accepted view regarding uniforms is that they are a great equaliser, minimising the potential of bullying and class-based discrimination. Since all the students at an institution are required to wear the same outfit as each other, it eliminates the discriminating factor, and allows the students to be relatively equal in that environment. 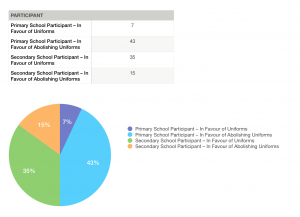 An anonymous online survey of students varying from Primary through to Secondary School demonstrates that, in a pool of 100 students, the younger participants favoured freedom of choice in terms of outfits worn to class, while the more senior students preferred the uniformity afforded by “not having to worry about what to wear each day, and whether they would be judged by their peers,” according to former Monte Sant’ Angelo Mercy College student, Claudia. “I can’t imagine having to wake up and pick a new outfit everyday, especially at a girls’ school, since girls are very judgemental. It makes everybody equal, and reduces stress.”

Simultaneously, there is a popular opinion that bullyingin school is a problem that should be tackled separately and individually; and that removing one discriminating factor will not rid schools of the problem. Particularly in the modern world, where technology has enabled vastly different modes of communication, viewing uniforms as a solution to class-based or popularity-based bullying is too optimistic.

Natasha Polczynski, from the Ravenswood School for Girls Classof 2014 suggests that “the reason students bully other students stems deeper than fashion and altering what students wear doesn’t lessen those reasons. [However], I also think it is good for students going through self esteem issues and transitions in life as uniforms takes away the added pressure and the expenses of buying new clothes in attempts to be ‘cool’ or feel accepted.”

While the abolishment of uniforms is not unanimously celebrated by any means, there has been a recent movement to increase the versatility of uniforms, particularly for female students. With certain schools like Mosman High School and Santa Sabina College leading this radical change, with Mosman High dissolving their uniform policy and Santa Sabina increasing female students’ choice by offering shorts and trousers instead of the traditional dress and blazer that has become the staple for girls’ school uniforms.

“I’d say obviously there are many aspects of uniforms that are outdated in terms of style, and don’t reflect 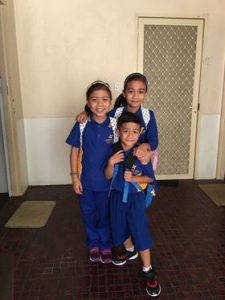 the way that we dress in society, for instance girls only wearing dresses. Definitely there should be the option, if you looked around any work place you wouldn’t see girls wearing dresses, nor some of the hats that students wear,” says Melissa Carr.

While there is no indication that uniforms will becomegender-fluid anytime soon, providing students with more choice while still creating an effective learning environment through uniformity is ultimately the goal here. At Hampden Park Primary School, polo  shirts are the staple of the uniform for both male and female students, and there is freedom of choice between trousersor shorts for boys, and bootleg-cut pants, dresses and skorts for girls.

According to Ranoum, one of the students at Hampden Park, “we

have a lot of freedom, and we can choose what we want to wear, but [bullying] doesn’t happen much, because everyone has the same choices, so they don’t judge what other people wear.” Affordability becomes less of an issue, and given the freedom of choice, students are able to express their individuality without fear of being treated as inferior due to their clothing choice. 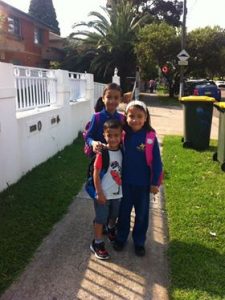 ng perspective, Melissa Carr  expresses that sometimes uniforms are associated with trust, and its in-built in our society that we have students in uniform, not necessarily so in terms of their learning, perhaps if we trusted students more, they might fulfil that trust and that would be reflected in their learning.

Fortunately for the students, it seems, whether a great or small, a wave of change is definitely coming to the policies of school uniforms and what they represent for our future generations. There are already some

schools that have begun to reform, and from the voices of the people, it seems that others may soon follow.

Chinese University Students’ Struggle with Racial Discrimination By Cindy Yu   Jessie Liu, a Chinese International student, is walking on campus to her next economics class. As she stops to check where her class is, she suddenly feels a gush of water being poured onto her head. Surprised, she searches around to see where it […]

Bubble tea and crispy crepe: how the Taiwanese are shaping Sydney

By Tina Wu Among Sydney’s diverse cultural landscape is a community that’s seen but rarely heard – the people of Taiwan, an island country off the south-east coast of China that has been increasingly thrust into the international limelight due to ongoing political China-Taiwan tensions. From bubble milk tea to nutrient supplement companies, we investigate […]

I Should’ve Known Something Wasn’t Right

A look into the reality of being an au pair. Written by Emily Van Arendonk. To most, the experience of being an au pair sounds like a dream. Traveling the world and seeing a more intimate side of culture in exchange for childcare and light housework. But, for some, this opportunity of a lifetime is […]