Driverless cars are the new pieces of technology set to impress the world with their abilities. With reliable computer-automated responses to situations on the road, driverless cars aim to eradicate car accidents completely. However, how do ordinary drivers feel about the changes these new technologies will definitely make?

“[In driverless cars], the person doesn’t have to drive but pretty sure they have to put their hands on the wheel just in case the computer fails.

[Driverless cars are] pretty good, computers will definitely minimize accidents compared to humans. But what happens if the car is going to crash? What’s going to happen there? It’s going to be really confusing for some people”.

“I’ve heard [about driverless cars] from my friends. Driverless cars mean that no one drives the car and it’s all done by computers.

At the moment, I don’t think [driverless cars] will make a positive [change] because technology is not good. I heard that a lot of accidents [have] happened in America so I don’t think it’s a safe thing at this moment, but in the future I think there will be this trend.”

“There’s some news from Google, but it’s negative. Accidents [with driverless cars], they [have] happened before.

I’m not sure, I think for the coming ten years, [these technologies] won’t work because when cars are driving, their reactions cannot be like humans. So I’m not sure if it’ll work… for the next ten years, I don’t think [driverless cars] will work.” 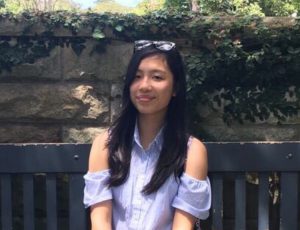 Right now, I don’t believe [that driverless cars will make a positive change in the driving community] because humans are the ones making it and I don’t trust people so we’ll see if it actually happens.”

Cake and Medication: Self-care is more than just spending money on yourself

By Helena Ladomatos Glance at the Instagram feed of My Little Panda Kitchen and it looks like any other aesthetically pleasing cake feed.  But take a closer look and you’ll find a transparent and inclusive discussion about mental health and how to manage it. Three years ago, Annabelle McMillan was going through a depressive episode.  […]