A big talking point recently has been public figures; to what extent do their political affiliations, and controversial claims, really shape public thought?

At the centre of this most recently has been rapper Kanye West, and his public support of President Donald Trump. It has been polarising and shocking, and much debated.

However, in order to see what the public really thinks about it, I decided to ask them. 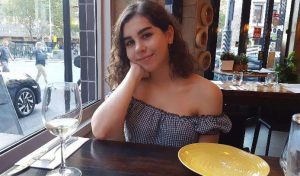 “I think Kanye is kind of representative of the fine line between genius and ego. People have argued that his support could either be a way to stimulate the brand and trend in wake of the release of his newmusic, or it could be genuine political support. Either way, Kanye prides himself on being apart from the rest, and we can’t really be sure what exact policies of Trump he does and doesn’t agree with. Could be a stunt, legit who knows.”

Grace Nguyen, a 19 year old barista at the same café, from Fairfield, was much more brief with her reply. She said:

“Who cares about Kanye West.”

“My younger brother listens to him. I don’t know if anyone cares about what he actually has to say. It’s just music.” 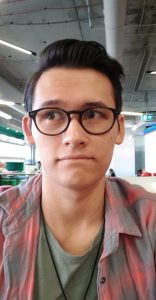 “He’s definitely keeping himself interesting. I always thought of him as a very talented person because of his musical prowess, but boy has he just gotten really weird and off the rails. He’s not the same person he once was. I mean, who is, but to go from music that had strong messages to do with his culture and those around him, to tweets with Trump… the guy isn’t doing himself any favours.”

Red Carpet or Seeing Red? We asked Sydney’s youth for their opinion on the Catholic-inspired Met Gala

By Reena Mukherjee   Mirielle Tamer, 19 (Maronite Catholic) said: “The use of Catholic icons was quite offensive, especially from the view of a Catholic. It crossed the line of reverence. However, it is something I expect would come out of Hollywood, due to the reputation Hollywood has to present very over-sexualised fashion.”     […]

The price for cigarettes is set to sore to a $40 average, but that isn’t stopping people who come to the Western Suburbs to “scab” cigarettes. At face value, last year’s changes to tobacco prices have shown to decrease smoking rates in Australia, yet many people are still figuring out ways to get their fix. […]