“The use of Catholic icons was quite offensive, especially from the view of a Catholic. It crossed the line of reverence. However, it is something I expect would come out of Hollywood, due to the reputation Hollywood has to present very over-sexualised fashion.”

“My favourite dress was from Blake Lively. I don’t believe in any religion myself, so I just see it as enjoyment…Out of my friends, we just commented on the dresses and celebrated…no one talked about serious problems.”

“The theme of Heavenly Bodies: Fashion and the Catholic Imagination gave celebrities a free pass to slap on a Cross, don clerical attire, halos and other Catholic iconography as ‘costume’.

“Well, my sacred symbols are not your costume, thank you very much.

“Those symbols…such as the Crosses emblazoned on figure-hugging dresses like the ones worn by Kim Kardashian and JLo, they all mean something to those of strong Catholic faith.

“I knew this was probably going to happen…given how sexual Rihanna’s body of work is, I can’t be too surprised.”

“I don’t personally have an issue with it, but I can understand why some people might, and I think fashion should be a place where people are allowed to experiment.”

“I know a lot of people on that red carpet don’t actually practice that religion and it goes against everything they stand for. For example, if a person was Muslim, and they were wearing a Cross and Saints on their body, they don’t believe in it, so why would they present themselves that way?

“I know they put a lot of work into it, but there was a bit of sexualisation. Religion and fashion…shouldn’t mix because it causes a lot of controversy.” 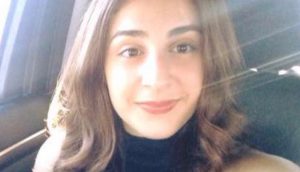 Members of a leading women’s street art collective talk about the significance of street art to the Sydney community and the issues that continue to stifle young talent. By Iain Salvador With a few flourishes of spray paint, an artist in nondescript blue overalls makes her mark on a black wall in a pub. Once […]

How a Sydney community school is reviving a language that is being shunned in its own motherland, and in the homes of the students themselves.     By: Mansib Ahmad Sub-edited by: Serah Lee Can a language really be preserved by learning it for just three hours a week? You may say “yes, of course […]