A look into the reality of being an au pair.
Written by Emily Van Arendonk.

To most, the experience of being an au pair sounds like a dream. Traveling the world and seeing a more intimate side of culture in exchange for childcare and light housework. But, for some, this opportunity of a lifetime is far from the immersive experience so many organisations promote. 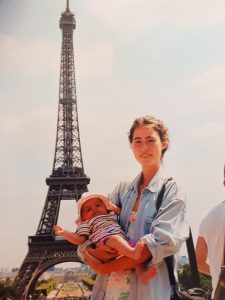 Au pairs are beginning to take a stand and speak up on exploitation and sexual harassment during their experience. Taking less than five minutes to register as a host family there is a lack of security and safety for au pairs. With no legal requirements for host families to complete security checks, au pairs are risking more than originally anticipated.

Nikola Van Arendonk is a 21-year-old Australian linguistics student who at the age of 18 decided to travel to Italy and live as an au pair.

“We were skyping and all that, pretty much for a couple months prior to me going over. So, I thought I had an idea of who they were and what they were like.” 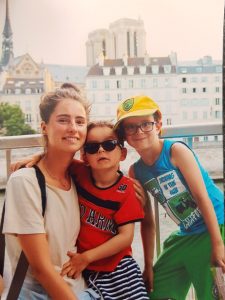 A major concern for au pairs is the constantly changing dynamics of family’s. Being an au pair it is difficult to avoid family problems.

After arrival, Nikola Van Arendonk soon realised that a family she was with was fighting their own battles with Post Natal Depression (PND) and anger management.

“I was kind of thrown into the situation,” Van Arendonk said.

“The baby was given to me four weeks old. So, I saw her first smile, I taught her how to crawl … I got to experience things that mothers should experience. I thought ‘I am good at my job, the baby likes me’. [But] the mom was feeling a bit of resent towards me and she felt like I was taking over her job.” 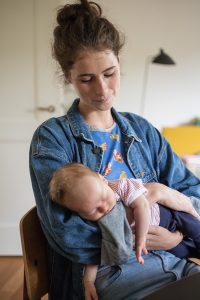 Van Arendonk didn’t only have a problematic relationship with only the mother though. The father of the family felt he had the right to question the then eighteen-year-old about her sex life and sexual identity.

“[The father would be] going on and on about my sex life,” Van Arendonk said.

“If I had a boyfriend?, if I was a lesbian?… Before left this family he kind of made a move on me. Where he said basically if I want you I could have you. In other words, he could fuck me whenever he wanted. And that’s when I drew the line.”

Unfortunately, Van Arendonk is not the only young girl to go through this experience. Sorcha Kuhlman, a 22-year-old UNSW student, au paired in west Paris for six months as she was traveling Europe. Au pairing with a family because the mother was recovering from a back injury developed more challenges than Kuhlman anticipated.

“Because they didn’t look into my background or anything. They didn’t ask for a police check… I didn’t really care because I was low on money and I was just desperate for a job…at the start [the mother] was completely immobile so it was hard because I was taking care of her as well as the kids. Like helping her with her breast pumping and cooking her food and bringing her medication and yeah that was pretty full on.”

Walking into a family to take care of two children, one being a baby as well as taking care of a fully grown woman was a tumultuous time for Kuhlman. The situation turned sour however, when the father began to act out.

“He was really distant at first,” Kuhlman said.

Kuhlman felt the situation change when the father returned one-night drunk to walk in on her showering and not leave. Kuhlman shrugged it off as him being drunk but the horrific experience was only the beginning.

“It kind of escalated to a point where I had to leave eventually,” Kuhlman said.

“… I eventually told [the mother] as well, because one night he tried to hop in my bed but she didn’t say anything, she just said that he was lonely because while she was getting better they didn’t sleep together. And she said ‘don’t get angry at him because he had temper issues’ and I was just shocked. It was weird that he was treated as the victim in all of it.”

Not all au pairs experience such hostile environments during their experience. Hannah-Elisabeth Haagendrup Andersen is a 23-year-old au pair from Denmark who is currently experiencing au pair life in Australia. Staying from August to December Andersen looks back on her time fondly.

“I really liked it,” Andersen said.

“It was hard at first but I really like working with kids and enjoyed the cultural exchanges.”

Though Australia is quickly becoming a main country for au pair host families they are still a minority leaving our youth traveling overseas without registered laws for safety and security. 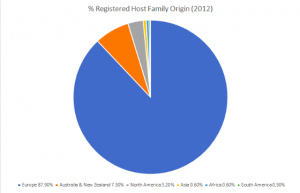 Figure 1: Example of the percentage of host families within Au Pair organisations.

Au pairing is promoted for the culture that you are able to achieve through a more intimate cultural experience. However is it too hard to experience these places safely without enforced security within au pair organisations? 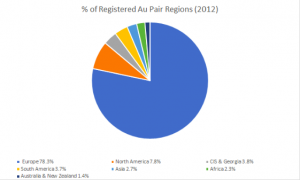 Being overworked and exploited is a rising issue within the au pair community. Combined with the small allowance granted to au pairs by their host families it is clear exploitation of their status and situation. Rin Yangzom, 23, has been a working au pair since she was eighteen and has encountered situations where she has felt ignored and exploited.

“Looking back it probably wasn’t worth it,” Yangzom said.

Yangzom was living with a host family in Switzerland when family issues and the mother’s alcoholism began to interfere with the work and living situations. 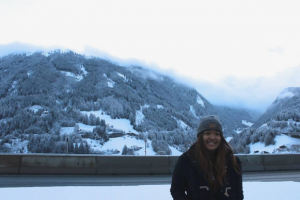 “I don’ t think I felt unsafe, I just wasn’t comfortable with how the parents were dealing with, or I should say weren’t dealing with the issues they clearly had,” Yangzom said.

“…I pretty much filled in for the position of mum all the while I wasn’t getting paid anymore and I was no longer getting days off.”

As movements as ‘Me Too’ surge through society more and more cases of exploitation and assault will be brought to the surface without a change in laws and security. Au Pair world, a well known and used au pair organisation internationally was reached out to and supplied no comment on the subject.

“Organisations should have a duty,” Kauhlman said.

“To investigate claims like mine though because they could be placing young people in very hostile, very personal situations and not everyone is going to just leave like I did.”

By: Nicole Chen and Claire Keenan Is the possibility of driverless cars really in the foreseeable future? Do people support a future where the roads operate without drivers? We took to the streets of Sydney to ask people about their thoughts on driverless roads.   Andriana Xilaportas, 21, Wetherill Park, Glue Store  “Honestly it’s a […]

A COMMUNITY OF PRIVILEGE: THE SECRET WORLD OF INTERVARSITY DEBATING

University societies around Australia are dedicated to debating in national and international tournaments but these societies have acknowledged a problem with diversity in their community. For most people, debating is a high school extra-curricular activity. In reality, it’s an elite sport in universities all over Australia that takes students as far as Cape Town for […]