With the United States of America slowly but surely legalising both the medical and recreational use of Marijuana it is questionably only a matter of time before Australia follows suit. I go into the streets of Sydney to find out what our public thinks Australia should do regarding the legalisation of ‘weed’.

‘I remember growing up it was just for the ‘dropouts’ really, I never did it but if you look at what it can do for people with cancer and even people with anxiety it is amazing. I think our government needs to realise the benefits instead of focussing on the negatives’ Nadine, 42, said. Her mother in law Norma, 73, had a different understanding, however. 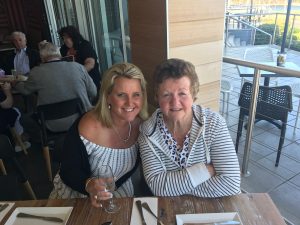 ‘I don’t think we should. As soon as kids start using drugs you can’t get them to stop.’

Talking to former police sheriff Graham Scotcher, 71, I asked what his thought of Australia legalising marijuana was.

‘We used to have to burn the stuff but that didn’t stop us from having a sniff while burning it ha-ha. No, I think that we need to understand something before everyone can start using it but everyone kind of is aren’t they? …I think if it were available after my stroke then I definitely would’ve used it.’
His wife Judy, 66, agreed.

‘I’ve heard that it can do wonders for people who are ill. Graham was in so much pain after his stroke he could barely walk. If it can help I don’t know why people need to be in pain…I know my mother got some illegally when she was going through cancer. You could tell the difference when she had it….she was happier and could actually talk to us.’ 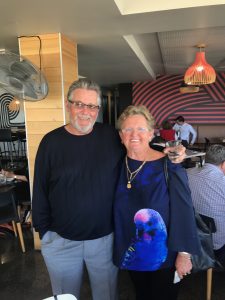 It is obvious that the demographics of Australia is changing regarding the future of marijuana legalisation but what is the younger generation thinking now?
Jessica Smith, 21, a student at UNSW spoke to us about it.
‘As a girl suffering with anxiety I believe that legalising marijuana could make a major difference in my life. It’s not even about the high. In the US you can get medical marijuana products that don’t even have the THC in it…I think it’s wrong of our politicians to ignore the benefits of marijuana particularly when alcohol can do so much damage and that’s openly available to adults…Australia is changing now the question is only when?’ 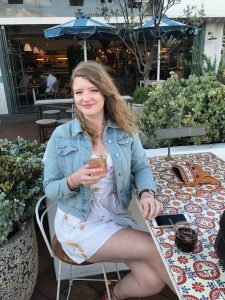 As the hip-hop sub-culture continues to fade in Sydney, it’s the female rappers and singers that suffer the consequences. Nic Savage “The only reason she gets played on Triple J is because she fucked for plays.” “She must have sucked off the judge. Atrocity.” These are comments Sarah Connor received within 48 hours of winning […]

Hannah Yang & Alexandra Thompson For publication in The Wentworth Courier: Maria’s in-laws own a duo of popular restaurants in Elizabeth Street, Paddington (Cipri Italian and Barbetta Cucina). Her and her sister, Rose, are well known in the area. In 2003, 26-year-old childcare worker, Maria Gallo, woke from a 17-day coma, after being run over […]

Death of the Crusades – SUBEDIT

By: Josh Needs The name Billy Graham was once synonymous with evangelical Christianity. But, with the rise in anti-church sentiment and non-religious households, his legacy may forever remain in the realms of nursing homes. Billy Graham, the leader of the “Crusades”, which claimed stadium records in Sydney and brought evangelism into the mainstream and people’s […]