Jackson Eldridge: “I believe that bike sharing is good in reality but people are not using them correctly. The idea is good but it doesn’t work here in Sydney because young people are disrespecting the bikes and damaging property. I think the solution for this would be create a bike station where they are all returned to at the end of use”. 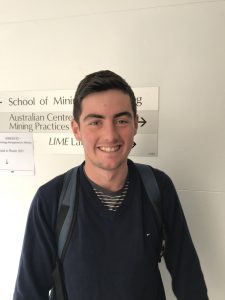 Jasmine Abbot: “I think bike sharing is a great way for drunk kids to injure themselves after a night out getting drunk. It’s a terrible idea”. 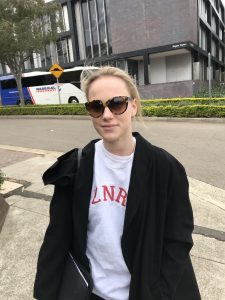 Karen Bevilacqua: “I think bike sharing is a great idea in theory, but it doesn’t seem to work too well here in Sydney. People are taking advantage of the service and are ruining property as a result of it. I am seeing these bikes on top of bus stops and thrown into lakes…it’s so disappointing to see”.

Benjamin Shand: “It’s not a good concept and it was never going to work in a city like Sydney. Bike sharing is perfect for cities like New York and London. It comes as no surprise that people have such little respect for these bikes, with no rules in place to punish people who damage the bikes, it is expected that young people are going to do stupid things and disrespect the property”.

The Anti-Pandas: ugly endangered creatures that deserve a chance.

By Grace Robinson-Tagg With the distinct sounds and smells of animals permeating the air at Taronga zoo, people push to the front to get a close look at the tall, elegant tiger in its luxurious jungle enclosure. Next to it, a native Australian bat family sleeps in a small tree, with just one lone person […]

Tweeting against the tide

As one of only a few elusive female executives in the technology world, Kara Hinesley- Twitter’s Head of Public Policy and Government Affairs for Australia and New Zealand- talks about working in an industry that has faced criticism for a lack of minority representation.     Kara Hinesley is one of those people that always […]