The Royal Commission into financial institutions has caused a frenzy amongst the Australian public. The news of the possible corruption of the big banks and financial institutions has created a worry amongst ordinary Australians. Many of these people have expressed their genuine concern in regards to why the situation reached the level of severity of a Royal Commission. Everyday Australians were interviewed and all shared the same view. They were deeply upset with the whole situation and many viewed the leadup to be a culmination of various aspects. Some were not surprised. They believed it was bound to happen and that many Australians had anticipated corruption within these banks. The banks have been embroiled in a series of different scandals, ranging from privacy hacks to alleged funding of terrorist organisations. The interviewed Australians believed in the ‘snowball effect’ whereby each incident added onto each other resulting in the Royal Commission. Constantly having scandal after scandal was believed to have escalated the situation. Once Australian believed that the power of technology was an important factor. With the rise of use of Facebook and other social media , they believed that people were able to truly and freely express or ‘upload’ their opinions. This created an extremely large platform for ordinary Australians to voice opinions which created an even bigger debacle on the matter. Thus, this Australian believed that it was the continuing growth of public opinion on wider social media platforms that drew the final straw for the Royal Commission. Here are everyday Australians’ responses to the simple question: What do you think caused the Royal Commission into banks and other financial institutions?

“I think it was because of the constant privacy violations. It was ridiculous, my friend even got her account hacked. That was probably the start, and everything just snowballed from then.” – UNSW Student Rachna Rao 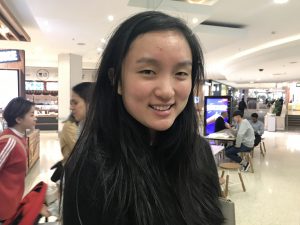 “The recent incident with Commonwealth bank funding terrorist organisations. That was all over the news. When I saw it, I couldn’t believe it. Itdidn’t make sense that such a dominant financial institution would be embroiled in a scandal like that but hey. I guess we can never predict things.” University Student, Grace Hang 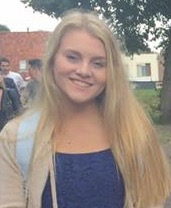 “It was bound to happen. These banks have been taking advantage of the Australian population for years and it’s time that they are held accountable. The exploitation of the lower-middle class is horrendous. I hope something good comes out of this and someone is held accountable.” UNSW Student Natalie Webb 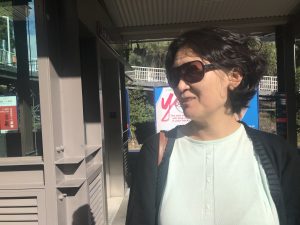 “I do definitely think that it was the deceptive actions of these banks that led to this. But there has been so much media coverage, and with social media platforms like Facebook and everything, it’s everyone has a say. Everyone gets to voice their opinions, and because everyone felt so strongly about this, it created such a chaos. And I guess that’s when the Royal Commission jumped in on this.” – North Shore woman, unnamed

Independent Designers Fight The Goliath’s of The Fashion World

By Jay Rickards As ‘fast fashion’ takes a stronghold as one of the world’s most profitable industries independent designers have been left feeling unjustly ripped off by retail giants stealing their designs. “Over the past year, Zara has been copying my artwork,” wrote independent designer Tuesday Bassen on Instagram in 2016. “I had my […]

How a Sydney community school is reviving a language that is being shunned in its own motherland, and in the homes of the students themselves.   By: Mansib Ahmad Can a language really be preserved by learning it for just three hours a week? You may say “yes, of course it can”. But what if […]

The Real Househusbands of Australia

While the wives and girlfriends of male athletes (or WAGs, as they’re known) were once found splashed across the entertainment pages, there’s a new class rising – the husbands and boyfriends of Australian sportswomen… and they’re here to even the playing field. For the most part, Ben Fenlon is an average 24-year-old guy. He studies […]