Discrimination against Muslim men for wearing their religious clothes, is largely being overlooked by the media with the focus mainly on female victims.

Islamophobia has targeted Muslim women for wearing their religious clothing such the niqab (a garment of clothing which covers the face) and hijab, with the latest instance of Pauline Hanson wearing a burqa in Parliament House.

Moreover, you would only have to google search this issue to show that discrimination against Muslim men for wearing Islamic dress largely goes unnoticed by all forms of media.

In our interviews taken, they tell a shocking trend of male Muslims suffering from discrimination due to their religious clothing. One of our interviewees Umair Rana recalls the time he wore his traditional dress during Eid where he experienced discrimination of being called a terrorist.

“I was in the city for Eid, one guy comes up to me and says ‘that a really nice dress’ ,” Umair recalled. “He followed it up with what’s your name, I was like Umair, then where you from? I said Pakistan and finally he then followed it up with ‘Are you Muslim?’”
“I responded yes, then he was like you’re a terrorist, cause you wear these outfits and f—k up the area.” Umair recalled.

Whilst Umair took it lightly still he admits he wouldn’t wear his traditional clothing in for the fear of discrimination.

“One of my friends he was given like death threats he was casually walking a bunch of group of boys yelled ‘go back to where you came from’ or I’m going to kill you,” he said. “It’s quite weird cause it happened in Epping which is a multicultural suburb” 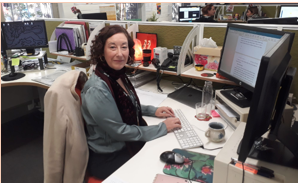 Another interviewee, Ruqayyah Sarwar, recalls how her father was verbally assaulted due his Islamic Clothing during Ramadan.

“He was stopped by two males and verbally assaulted right in front of me,” she said. “It was one of the scariest moments of my life.”

“He was wearing the traditional Islamic white jubba (a long white robe), the tupi which is a hat and he has always had a beard” she added. “There was no question he was targeted because of his Islamic appearance.”

Many Muslim men whom we interviewed believe that the media is responsible for the bigotry and stigma towards Muslim men wearing their traditional clothing. Jameel highlights how the media presents irresponsible and biased coverage of the Muslim Community whilst disappointed with the public of not being critical of news.

“A very large portion of the blame lies on the door step of irresponsible and biased coverage,” he said. “It is a known fact that 70% of the viewers are gullible enough to swallow what they are fed for various reasons: ignorance, complacence, prejudices and to a large degree not having time to reflect and question what they have just seen or heard.”

“I think it’s lazy. If people would take the tiniest bit of time to educate themselves, they’d see why these people dress the way they do, and see why they value modesty,” said Ruqayyah Sarwar.

This is a sentiment shared amongst the interviewees, with most of them focusing on the importance of awareness and educating about modesty and the way Muslims, male or female, dress.

Modesty, that word, its that concept of modesty which has been emphasised for both men and women when wearing their clothes, regardless if they are wearing religious clothing or not.

Most people are aware about the clothing Muslim women wear on a daily basis, but fewer are aware that Muslim men too, are required to fulfil the requirements of modest dress in Islamic dress. The Holy Quran, the Holy Book for Muslims, instructs that men and women should “lower their gaze and guard their modesty; that will make for greater purity for them” (4:30).

“Generations of Elders and predecessors dating back to the Beloved Prophet ‘s (PBUH) time have worn them with modesty, comfort and prayer requirement as the main reasons” said Jameel Ahmed, a student from Western Sydney. 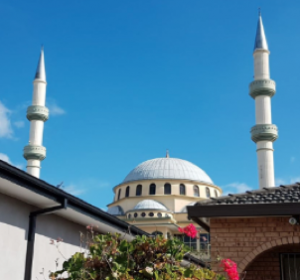 In another interview with another interviewee, Umair Ahmed, Umair highlights that in Islam modest clothing hides the private body parts of male and female. Further, he mentions that values of modesty in Islamic clothing also reflects the value of chastity. “Chastity, Allah mentions it when in the same verse where Muslims are told to keep their gaze lower, it comes across a modesty in males and females,” said Umair. “Chastity is the state of refraining from extra-marital affairs and celibacy, abstaining from things which are immoral”

Furthermore, according to Jaleel many Muslims view their clothing as a sign of identity and a crucial part of following their religion. “It is the bedrock of our identity as people of faith,” he said. “One can easily understand in this rapid era of global capitalist consuming trends many languages, cultures, values are rapidly being eroded into extinction.”

Clothing for Muslim men varies across for regions, for example Shalwar Kameez, which are long tunics over long trousers both men and women wear it, often found in the Indian Subcontinent. Another include the Thobe, a long robe worn by Muslim men in the Middle East.

On the issue of the media focusing more on Muslim women’s dress being discriminated against rather than men, Professor Maree Higgins a UNSW Professor of Arts and Social Sciences believes its due to the social stereotype of how Muslim men hold power over their families and women being more vulnerable than men.

“I think probably a focus on women for a variety of reasons, construction of women as victims and as potentially more vulnerable than men,” she said. “I think it’s probably informed by some cultural critique that men are perceived to hold in Muslim families, where I think western communities might have had patriarchal structures 30,40 to 50 years ago, they now western feminism has broken down these structures and assumptions and now women should be seen as equal.” 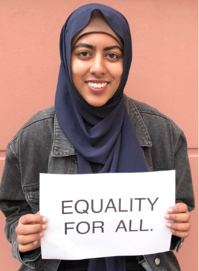 “I really love to see improved analysis and storytelling of the Muslim community and I do think there is potential for change as people from diverse back ground to take representative roles in government like Jihad Dib take really strong vibrant positions, people on radio like Waleed Aly, try and count some negative coverage,” she said.

However, this sentiment isn’t shared amongst other interviewees like Umair Rana, one of the victims who is resigned to the discrimination the Muslim community suffers from.

“For me, I don’t really care, because if the media is hating on Muslims and if they are going hate on me, they will,” he said.

“You just got to accept that a misunderstanding they have that Muslims are terrorists.”

Fighting racism while battling the HSC. Will they be taken seriously?

Hype or Hope: Students on Cryptocurrency

By Julia Yan Both demand and criticism of cryptocurrency is increasing since 2017, making knowledge and research critical at this stage. Despite the world of cryptocurrency having its ups and downs, three eager university students in Sydney encourage other young people to jump on the crypto craze. 22-year-old Alan Ng, who is currently studying a […]

Autism and technology: paving a brighter future by Camilla Theakstone

Autism is an increasingly prevalent mental condition that is characterised by deficits in social interaction, forming relationships with other people and using language and abstract concepts.   It is traditionally diagnosed in early childhood as that is the time that symptoms start to appear.   The condition is also on the rise in Australia.   […]